The terror continues as Insidious breaks through the further for Halloween Horror Nights Hollywood and Orlando!

For the past few years, July has been the time when terror starts to creep back into the world. Halloween Horror Nights might still be two months away, but that’s not stopping fans from eagerly waiting for the next revealing bit of terror. Today, both Universal Orlando and Hollywood announced that Insidious will be coming to Halloween Horror Nights! 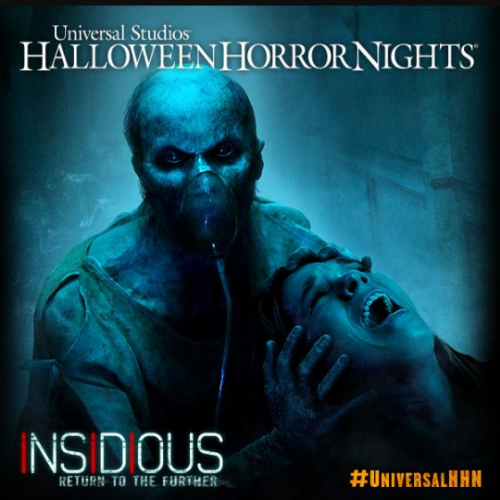 Insidious: Return to Further, will take guests through the Further and into the world that the dead inhabit. The maze will be based on the hit movie series of the same name, which takes guests into a dark realm where evil stays alive. The new maze will feature creatures from all three films, and will take guests into the Victorian homes of the Lambert Family.

The maze will bring guests into the middle of a séance, and will bring them face to face with the red face demon, the woman in black, and the breathing man.

Both Halloween Horror Nights Orlando and Hollywood will begin on September 18th!

Stay tuned for more from Halloween Horror Nights,  and be sure to get social with us on Facebook and follow along with us on Twitter @BehindThrills for the latest updates!