Are you a ninja master? If so, Legoland needs your help in their brand new Ninjago World expansion! This new addition to the park doesn’t officially open to the general public until May 5, but on a rainy Thursday morning Legoland lifted the curtains on Ninjago World for the first time to media and special guests for a very special grand opening preview of the entire land. If you’re not familiar with the hugely popular Ninjago: Masters of Spinjitsu animated show on Cartoon Network which is currently in it’s 6th season, it tells the story of Master Wu Wu and his four students who each harness elemental powers. Kai (Fire), Jay (Lightning), Zane (Ice) and Cole (Earth) search the land of Ninjago in hopes of finding golden weapons.

Now that we’re caught up, let’s take a stroll through the new land. Sitting just off the main entrance of the park, Ninjago World offers about an acre of fun for the whole family with the tentpole attraction being Ninjago The Ride. 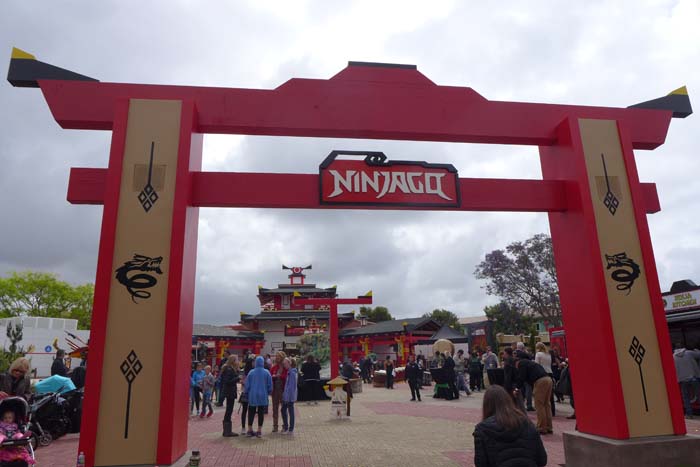 In the center of the land sits a brick-built miniland scale representation of the Monetary of Spinjitsu, an iconic location in the show. Just like everywhere else in the park, you’ll find a variety of large scale props and characters from the show, each making for wonderful photo opportunities. 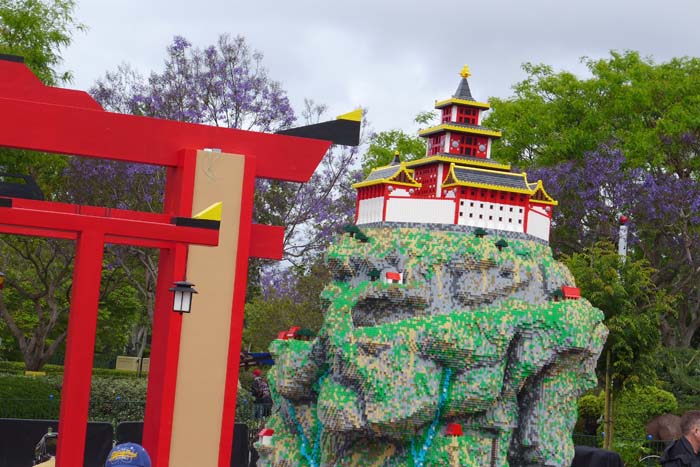 Kai’s Fire Dragon (named Flame) also sits perched down making for an excellent photo op. (I still really want the set that has this character, LOVE his design). 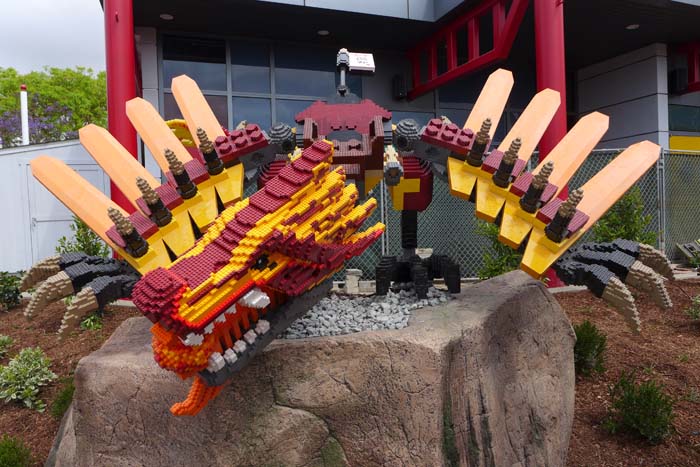 As well as this large gargoyle sitting just next to the main entrance of the land, to whom I am not sure if it has a name. 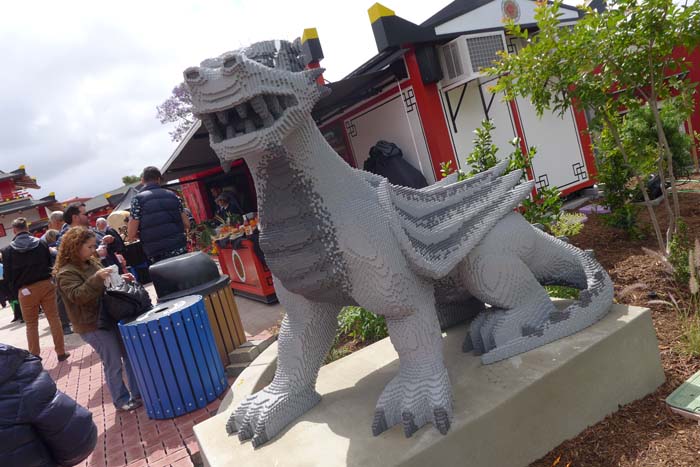 Further into Ninjao World, you’ll find yourself at Wu’s Warehouse. This is the main giftshop of the land filled with, you guessed it, tons of Lego Ninjago merch and building sets. 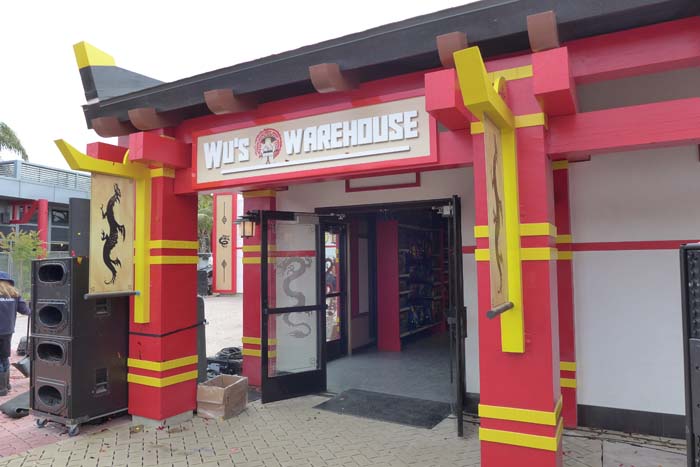 A quick look inside the shop. 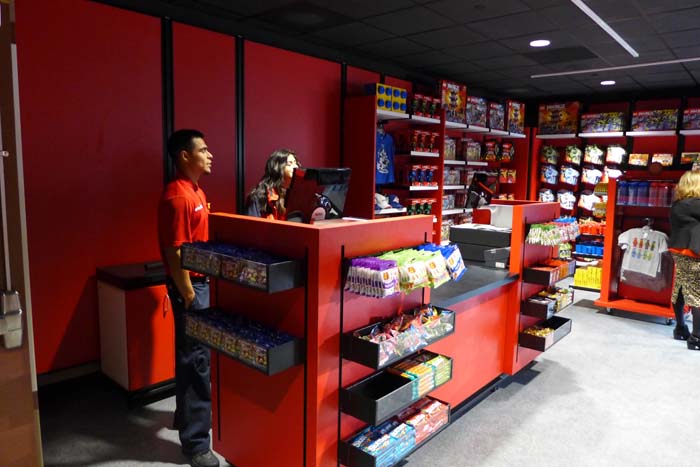 But the reason you’re visiting Ninajao World is of course to check out this beauty, Ninjago The Ride. Legoland’s next substantial investment into the growth of the park collaborating with Triotech. The facade of the ride is also themed to the Monastery of Spinjitsu, designed to appear brick built. 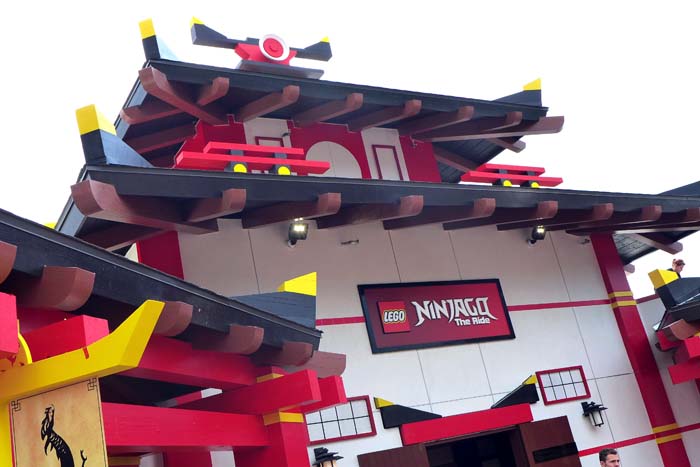 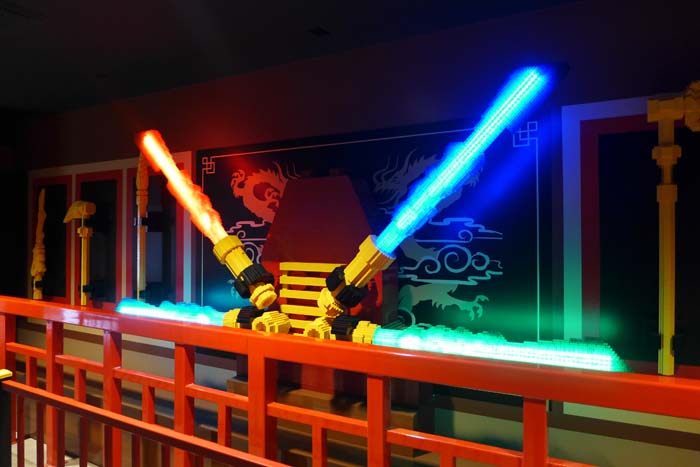 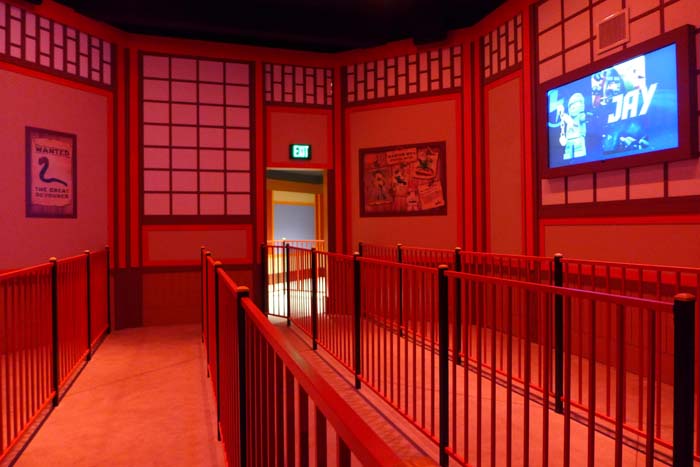 The ride station itself continues the temple theme very well looking just like the inside of a Dojo type room. It’s very simple as most of the queue is. 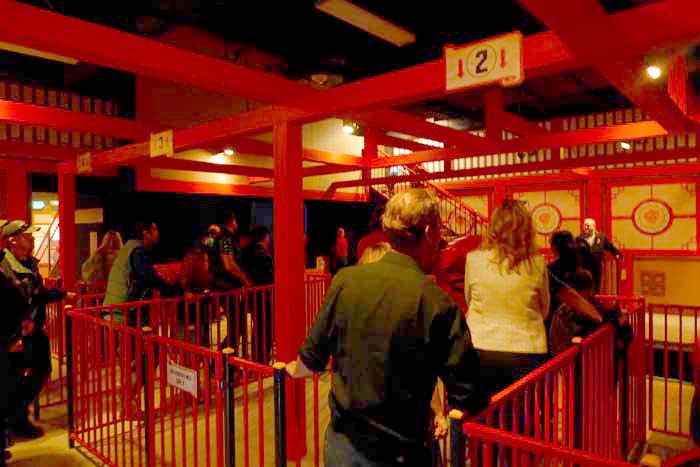 If you’re familiar with the newish Voyage to the Iron Reef attraction that opened last year at Knott’s, these ride vehicles may look familiar. I am pleased to say many improvements have been made in addition to the Lego studs molded into the vehicles. This system uses a more traditional lap bar restraint with the sides of the vehicles sliding forwards and back making loading an unloading slightly quicker. This ride also now loads 4 vehicles simultaneously vs Iron reef’s two, a MUCH welcome change as this attraction does seem to be better capacity wise. 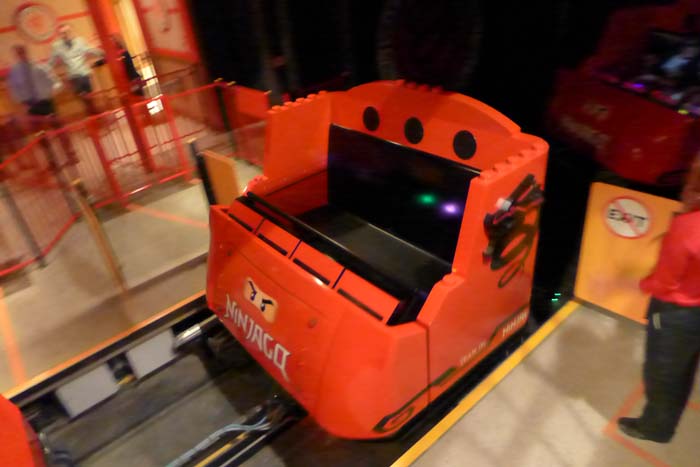 The ride experience itself also seems to be an improvement to Iron Reef. Projection mapping on practical sets are a huge sign of relief to those who are currently suffering ‘screen fatigue’. Though most of the attraction is screen based, it’s handled in a very cleaver way with many of the scenes extending beyond each of the screen’s bounding box. This makes for a much more immersive attraction.

Once you’ve exited the ride, you can compare scores with order riders in your car or other cars in general! 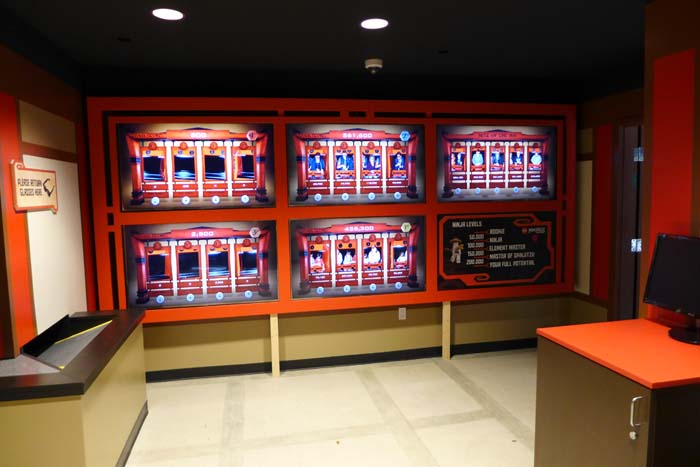 The overall ride experience is very enjoyable. While the first half of the attraction is very flat-screen heavy. The second half makes up for it with a genius combination of projection mapping, 3d screens and interactive gameplay. Had it relied more on practical sets and projection mapping this would have easily been one of my favorite new attractions at Legoland. Now that you’ve heard what I have to say, what do you say we take a stroll around the new world eh? 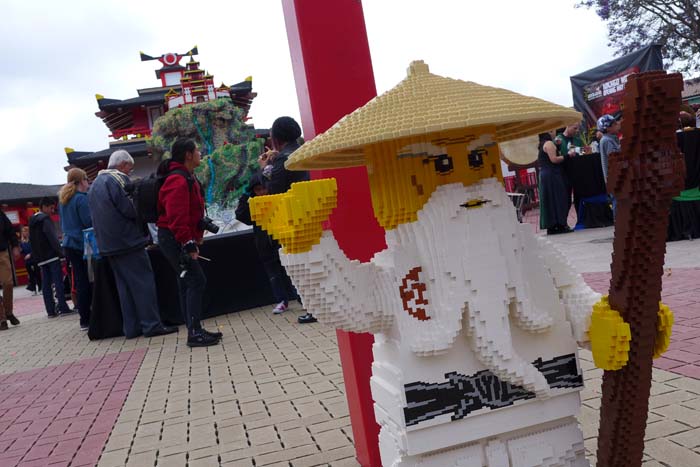 That does it for this first look at Ninjago World. It’s best to keep in mind that this land still has a few weeks before it’s grand opening to the general public so lots of elements are subject to change.