An all new Star Wars Adventure is about to jump into lightspeed, as LEGO Star Wars will take you into the world of the Freemaker. The new series will premiere this June on Disney XD, and will combine new characters and worlds with familiar faces and places from the Star Wars Universe. 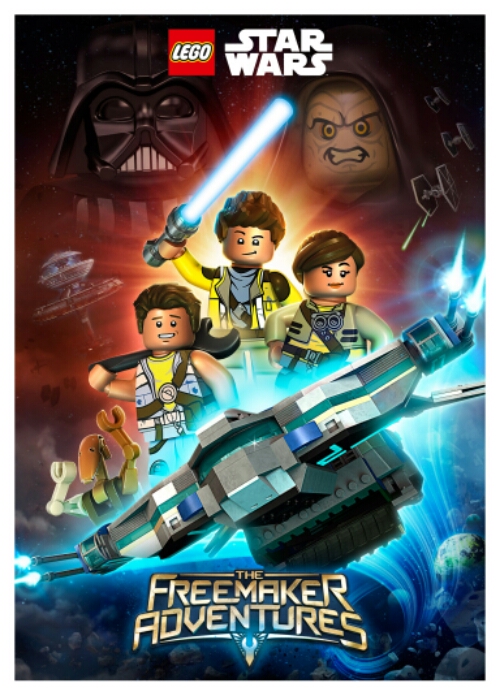 The new series is set to premiere on Monday June 20th on Disney XD. It will be set between the events of Empire Strikes Back and Return of the Jedi, and will tell the tale of three siblings. Rowan, older sister, Kordi, and the oldest brother, Zander. The family also has  R0-GR, also known as Roger, a refurbished battle droid from the Clone Wars adopted by the Freemaker family.
The Freemakers are scavengers that operate a junk and repair shop in space. One day Rowan  finds  the ancient  Kyber Saber, an artifact with a powerful connection to the Force.

The new series will be one of many Lego Star Wars projects, the others have included short prequels that lead up to the Force Awakens.