Today the world is just a little less cooler, and the music doesn’t sound as upbeat as it did yesterday. One of the greatest performers of any generation, Prince, has passed. There’s really not much to say that hasn’t been said, or that needs to be said. The man evolved musically over the years, fought the music industry and won. How do you tribute that? The Orlando Eye is going to try. 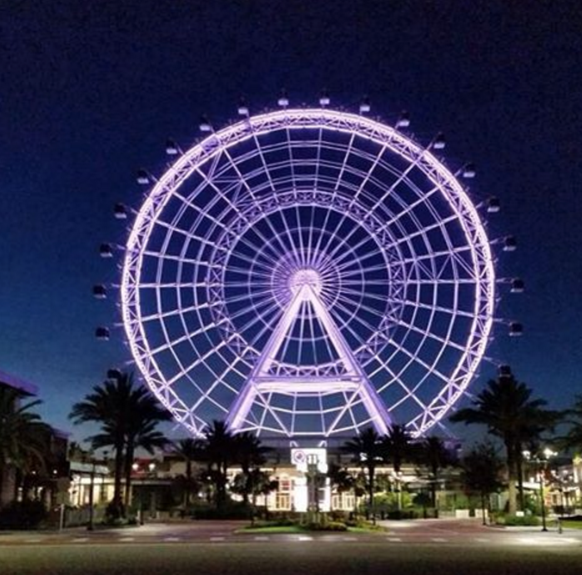 Tonight the Orlando Eye at I-Drive 360 will go purple in honor of Prince. The musician was pronounced today at the age of 57. He’s had a profound impact on the world, through his music and even his movies.

Businesses in his home state of Minnesota have been posting tributes to Prince all day, including the Minnesota Twins who bathed the stadium in purple banners. Tonight the Orlando Eye will not be the only landmark going purple, as the  I-35W Bridge in Minnesota will also “reign” purple.

TAGI-Drive 360 Prince The Orlando Eye
Previous PostRobert Downey Jr. officially joins Spiderman:Homecoming Next PostPutting the "gardens" back in Busch Gardens Tampa-A look at the topiary of the Food & Wine Festival