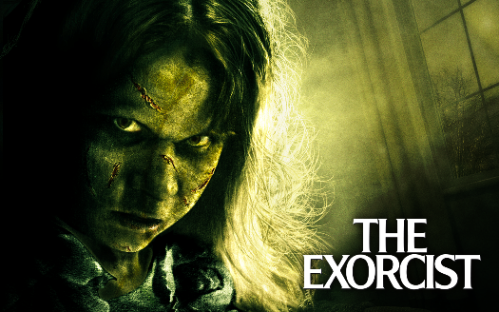 Both Halloween Horror Nights at Universal Studios Florida and Hollywood will bring the terror of The Exorcist to life!

The 1973 film was a turning point not only for horror, but for movies in general. The controversy around the film was a huge part of the success, but in a time when censors were heavy-handed, and films weren’t usually as atmospheric and visceral as The Exorcist, the film turned everything that people knew about horror on its head.
Now the film is coming to Halloween Horror Nights in both Hollywood and Orlando, and there’s not going to be any escape. Guests will see the iconic moments from the film, and be able to walk right through the horrifying experience. How do you do that? By putting you into different elements and breaking them down. You’ll walk through the bed covered in pea soup, you’ll hear the sounds of the exorcism, and feel it all around you.