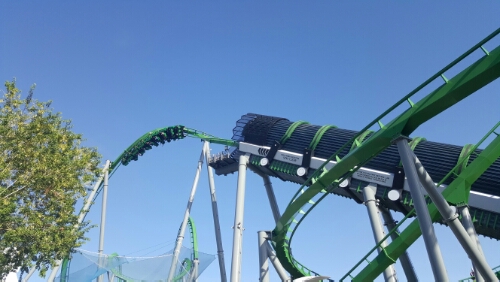 The Incredible Hulk at Universal Orlando’s Islands of Adventure is iconic. It was one of the original opening attractions at the park, and a fan favorite around the world. Last year, however, Universal announced that they would be completely redoing the coaster. That redo included completely removing the existing track, gutting the queue and changing everything. Now Hulk I’d back, bigger, meaner and with an all new storyline.
We had the chance to check our three all new experience (because that’s exactly what it is) and even check out the queue.

The all new queue comes along with an all new story, which takes us away from the lab of Dr. Banner, and into the recruitment office of General Ross. 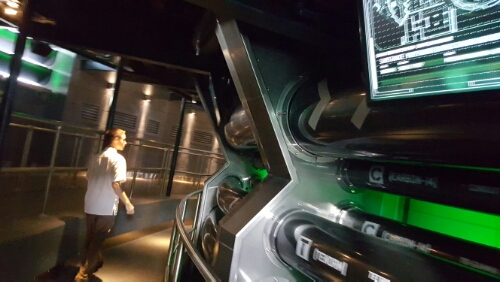 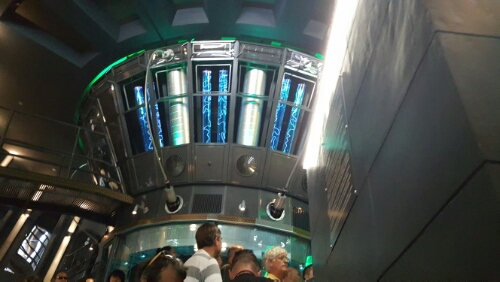 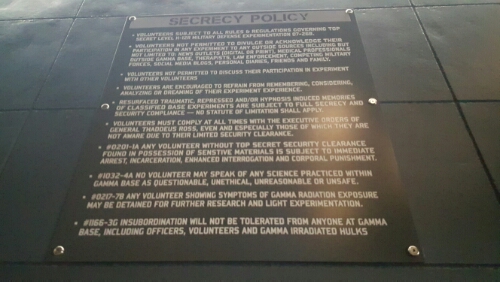 The familiar colors of purple and green depicted in paint are gone. Everything is a more militaristic gray, but there are more colors and lights. There is the familiar green and purple glows ,but that comes more from the new effects in the queue. The queue itself has a very modern look and feel to it, and feels less like a cartoon. 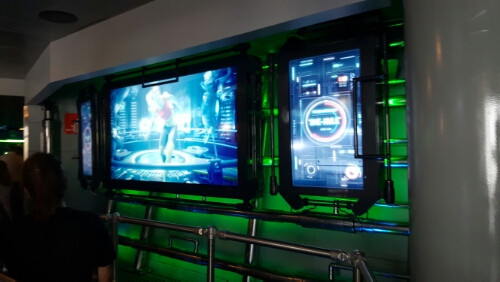 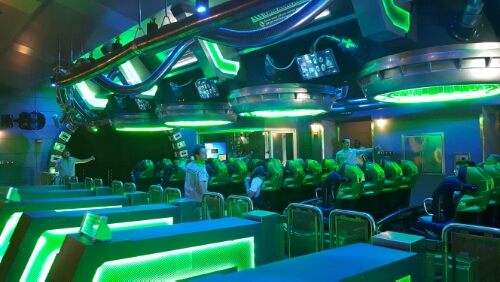 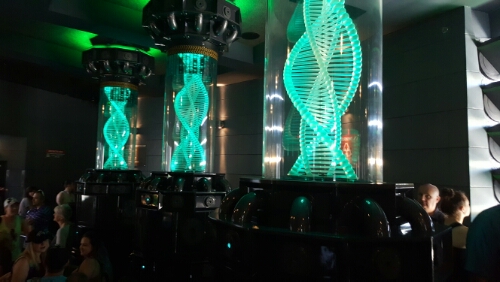 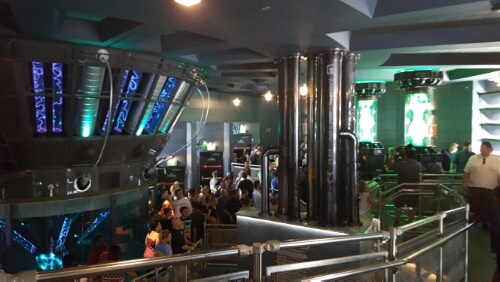 The story is very new, and has a distinct comic book feel. You are taking part in the all new Hulkification project, where General Ross is giving you access to the laboratory, and technology that Bruce Banner used to turn into the Hulk. That was accidental, this is on purpose as General Ross is pushing you through the gamma chambers in hopes of turning you into the Hulk. 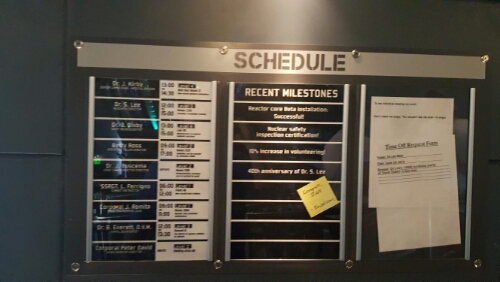 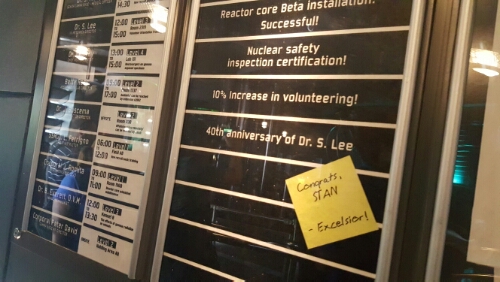 Before we get on the ride, let’s talk Easter Eggs. There is a bulletin board with the name of very familiar doctors. There’s a Dr. B Ross, Dr. B. Bixby, Dr. J. Kirby and even a Dr. S. Lee that is celebrating his 40th anniversary. Excelsior! These are all names of characters, actors and creators of the Hulk Series. Lou Ferrigno even makes an appearance! There’s even a nod to She-Hulk in the queue video, as a female subject is Hulkified.
The ride itself we are not allowed to show you, but the experience is all new. We are taken into the Gamma Tube where we are blasted with radiation before we are sent spiraling out of control.

That Gamma Tube is the largest Plasma Screen in the world, as it takes up the whole tube! It’s also a great effect that lights up everything as you blast off.

The soundtrack plays in the car, and dips, rattles and rolls along with the track. It was composed by Fall Out Boy’s Patrick Stump. He wrote the music, and had the backing of a full Symphony Orchestra to compose it. It adds the right touch of emphasis on the greatest parts of the ride.

As for the ride? It’s amazingly smooth, and fun. It feels like it picks up speed in places that it used to drag in. There are still some places where you do some head back ging, but that’s more from the intensity of the coaster than the roughness of the track. The coaster feels faster, more intense and so much smoother. For bigger riders, there are more options. You can ride in several different rows, in using the front and the back utilizing the special modified seating. The track itself is quieter, but Hulk still roars…in fact as you launch put of the tube you can hear the beast come to life.

The coaster has officially reopened and is roaring and rampaging daily! The new look of Hulk is definitely worth checking out on your next visit, and a must see for thrill seekers.

We will have more video and pictures in the coming days, so stay tuned!