An American Werewolf in London is getting a remake! 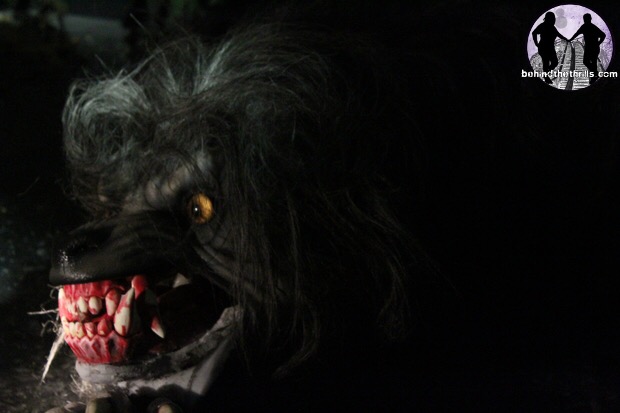 An American Werewolf in London is getting a remake. Now before you go on a tiraid about how a classic shouldn’t be touched, let’s realize that remakes will happen, and we can’t really stop them. Let’s also tell you that the classic 1981 film, which is celebrating 35 years this year and was directed by John Landis, is being remade by his son Max Landis. In a perfect storm you couldn’t get any more perfect than the son of the original film not only writing, but also directing the new version of the film. Universal has ordered a remake of the classic film, and production should start sometime in 2017 for a 2018 release.

So, why are we showing pictures of something other than clips of the movie? Because for many fans of Halloween Horror Nights at both Universal Orlando and Universal Studios Hollywood, this is the real reason to get excited. 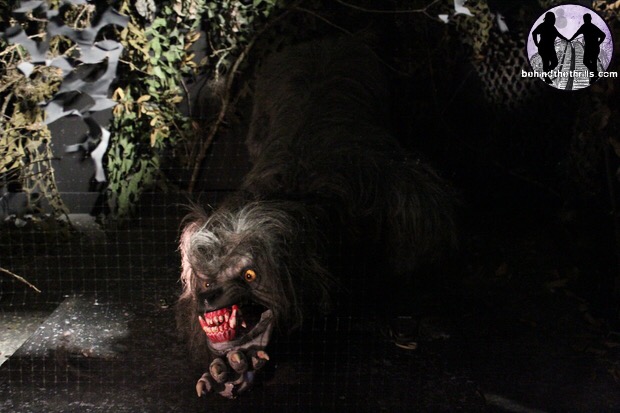 The 1981 film starred a group of relative newcomers, and followed two Americans through Europe as they were backpacking through London and the Scottish Moores. Both of them were attacked by a werewolf when they ignored the warning to stick to the roads, one was killed, one was not. The one who wasn’t killed became a werewolf. Upon it’s initial release, the film didn’t get great reviews, and didn’t set the box office on fire. But lots of people were paying attention regardless, because of the creature effects in the film. They had done something that had never been done before…they had physically transformed a man into a werewolf on screen, and you SAW IT HAPPEN! This was way back in 1981, back before CGI and huge leaps in technology. The transformation still holds up today.

The scene used pnuematic pumps, and air bladders, that would contract and expand using a direct replica of actor David Naughtons’ face and body. The replica was made out of laytex, and laid over the model. Human hair (from my back) was used to make the character more life like and realistic. I must be a huge fan to know all this, right? No…I mean, yeah I am, but instead of doing all the research for it, I simply watched the Horror Make Up Show at Universal Orlando (like a thousand times). The movie has made such an impact on the film industry that it is still talked about today. Rick Baker, the man responsible for the creature effects on that film (and many others) created a lifelike werewolf that is still scary by today’s standards. He’s won Oscars and broke so much ground, that he laid the work for years to come in visual effects.

In 2013, An American Werewolf in London came to Halloween Horror Nights and blew many people away. The same visual effects that happened onscreen, now happen in real life! True, it’s all trickery and props, but it pushed the boundaries of what could be done in themed entertainment.

Now, we get a remake from Max Landis, the son of John Landis. It will be directed and written by him. On one hand, if you were a fan of the original you need to be concerned. It could be handled poorly, and some say that the younger doesn’t have the comedic chops that his dad does. That’s important, because without it, the original movie would have fallen apart. Still, he is a very talented screenwriter. There’s potential here.

Even further, there’s a chance that we could get a house based on that remake. What has 35 years done for visual effects? Just about everything. Hopefully we get a great new film that takes on new roles, and new attitudes in the film. And even more, let’s hope we get an amazing house out of it.

Until then, Beware the moon!