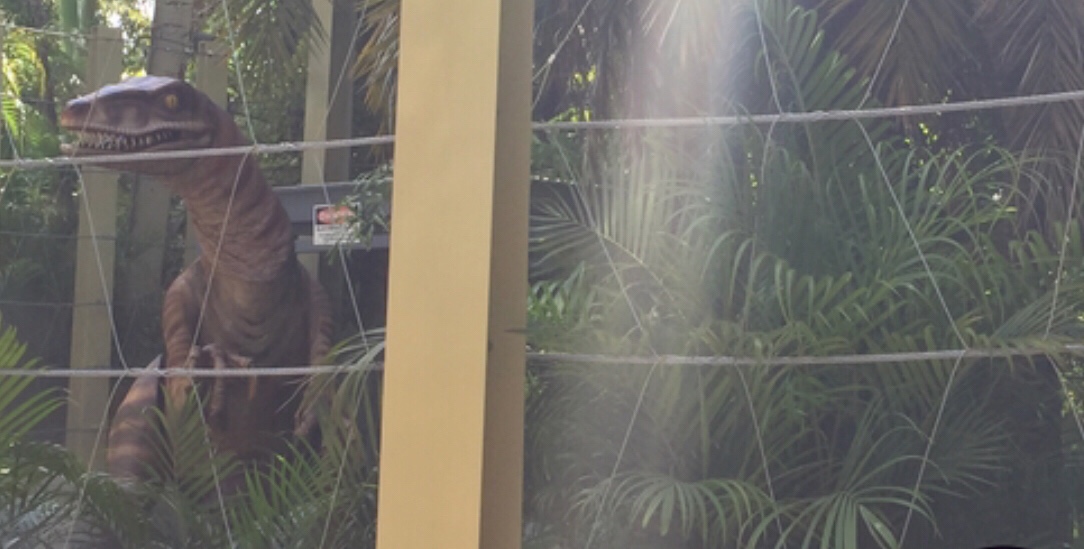 Clever girl…Raptor Encounter At both Universal Studios Hollywood and Universal Orlando’s Islands of Adventure has become a must see for millions of guests. It’s a simple meet and greet, and photo op, but damn if it isn’t cool.

It’s a great representation of one of the key elements of Jurassic World, and for now, the only thing from the film you can see in the park.

Video-Encounter Raptors At Islands is Adventure

If you’re a fan of raptors and Jurassic World in general, you’ll be excited to know that a new Raptor is joining the pack from this summers upcoming Jurassic World: Fallen Kingdom. The information was released in an annual passholder mailer earlier this week.

The new addition will be coming to Universal Orlando later this summer, but if you are heading to the JP 25 Celebration At Universal Studios Hollywood this weekend, you’ll be able to get a preview of the new Raptors.

We’re not sure what raptors we’ll see, but they will be from the new movie, which will also have some scarier stuff.

Are you excited for new raptors in the park?