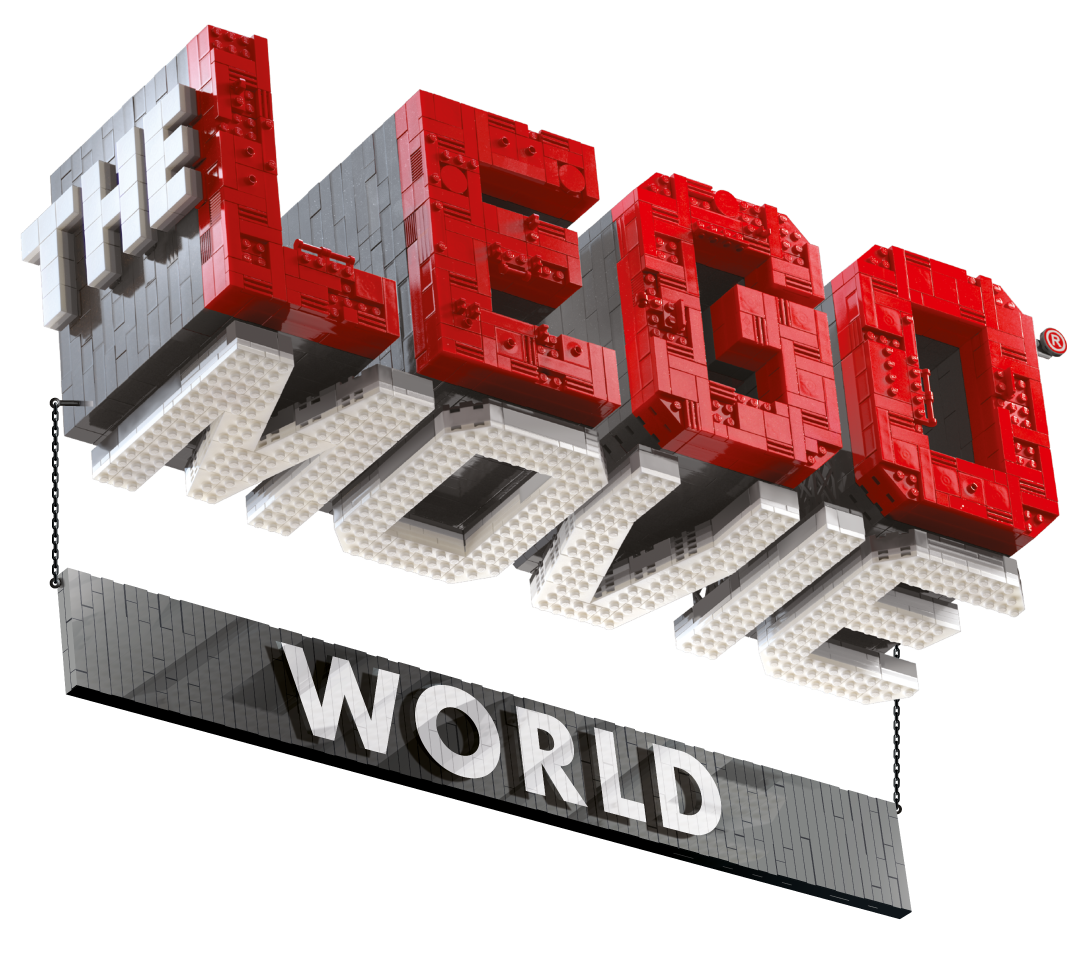 Are you ready to jump into the awesome world of Emmet, Wyldstyle, Unikitty and all their friends? Again? Legoland Florida has released details about three new rides that will be part of the new Lego Movie World when it opens next spring at the park.

The new world will tie into both the Lego Movie and the sequel, with several new attractions. Here’s the line up: 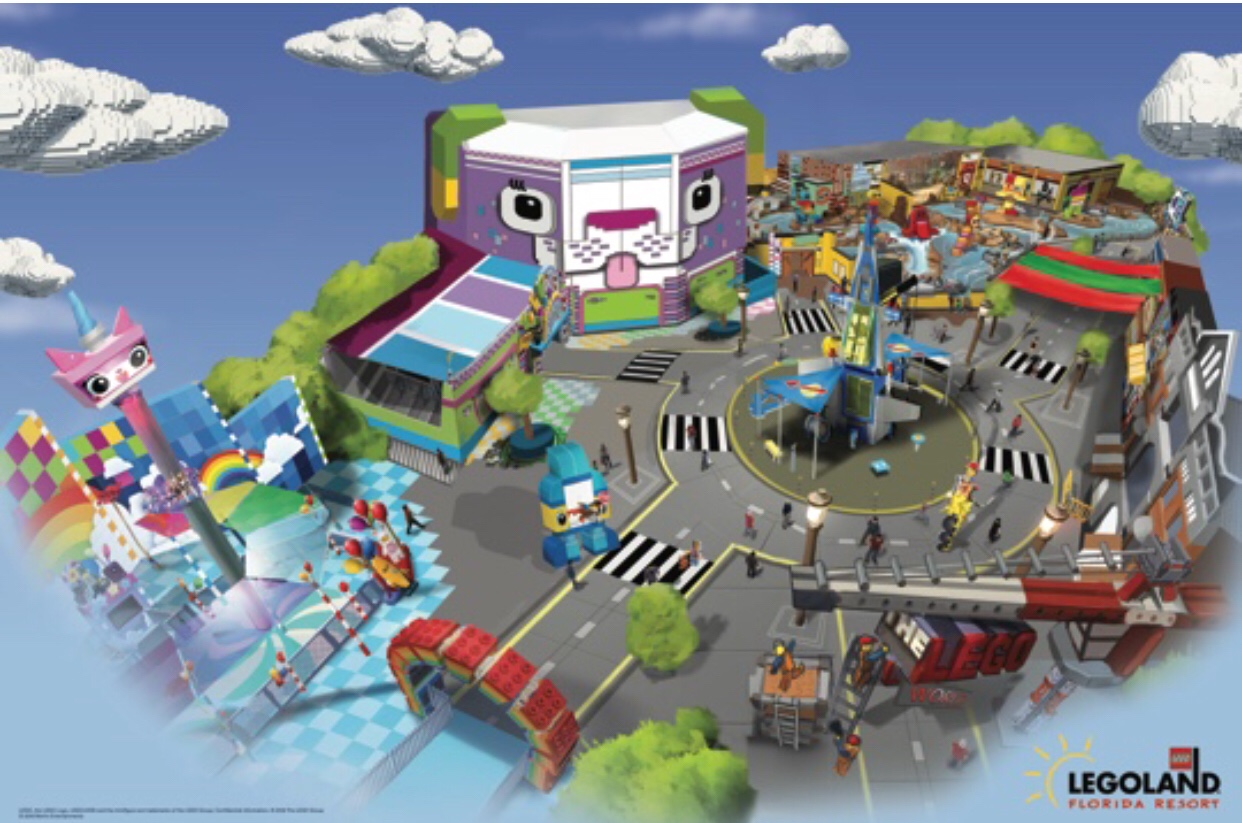 THE LEGO MOVIE Masters of Flight: Hop aboard Emmet’s Triple Decker Flying Couch! This flying theatre attraction whisks guests away on an action-packed adventure on a suspended ride with a full-dome virtual screen, giving the sensational feeling of flying alongside some familiar and some new faces like Sweet Mayhem, a character set to debut in the upcoming feature THE LEGO MOVIE 2: The Second Part. The one-of-a-kind experience is the first attraction at a major theme park in the United States that embeds a 180-degree turn in the ride experience. 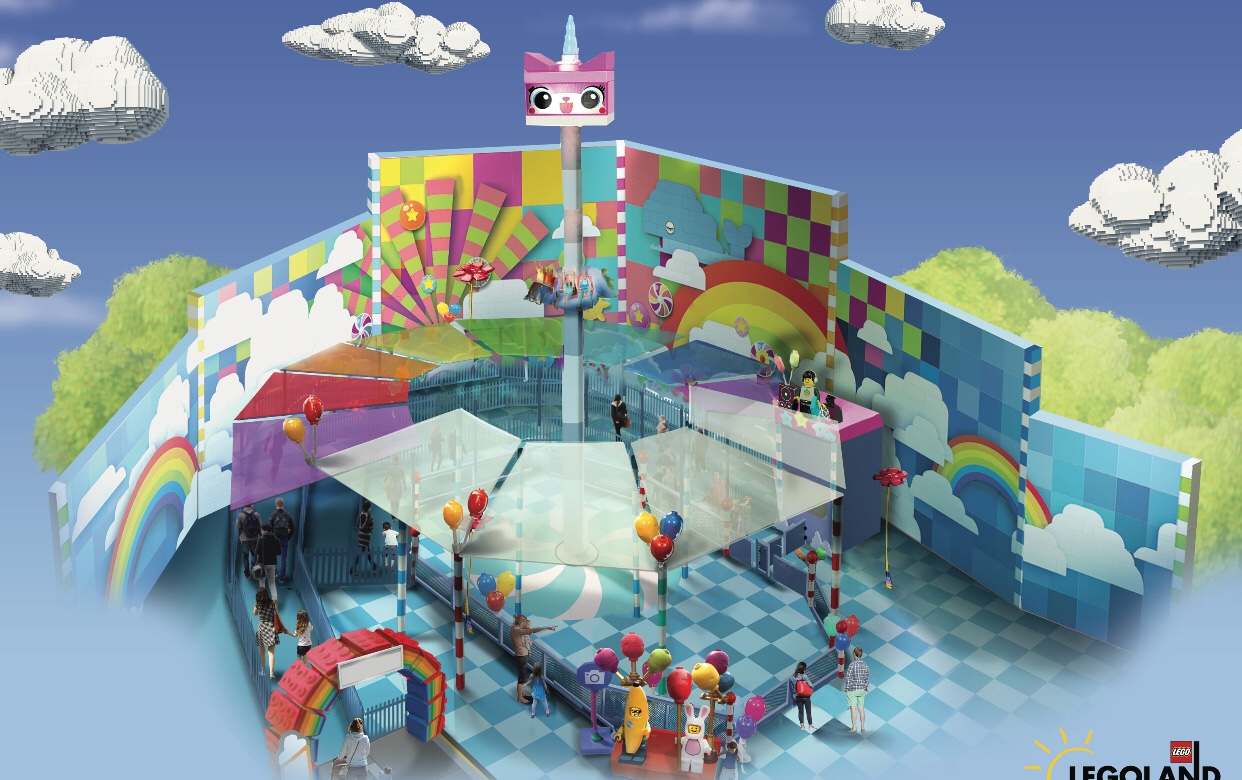 Unikitty’s Disco Drop: Enter through the rainbow portal to join the fun with Unikitty and her many personalities. This ride swoops guests to the tiptop of Cloud Cuckoo Land, then drops, spins and bounces them back down to earth, creating a thrilling and fun experience. 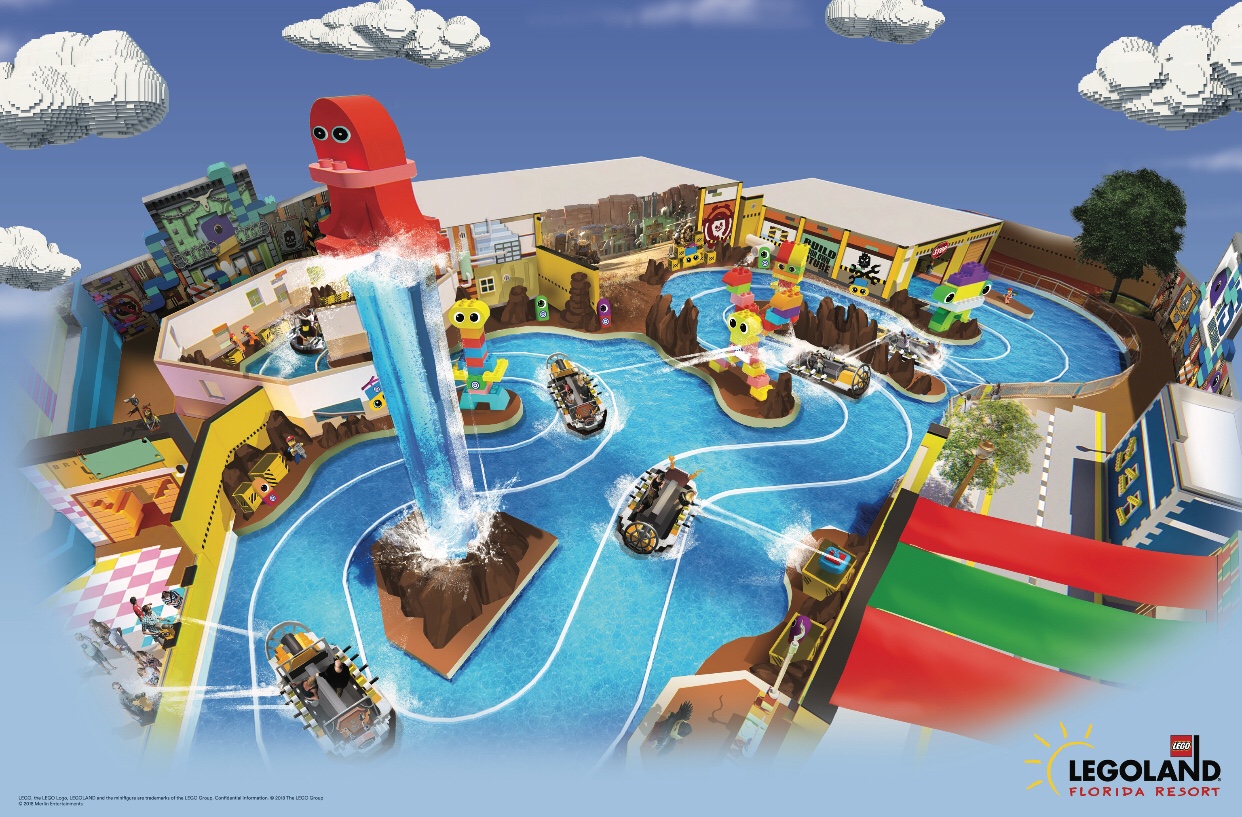 Battle of Bricksburg: Calling all Master Builders! DUPLO® aliens have invaded Bricksburg to come and play! Riders are challenged to stop DUPLO® aliens from invading and stealing LEGO bricks by spraying water at targets.

The new attractions are a pretty cool mix of water, flat and simulator rides. The biggest news is the “flying theater” attraction, which will be the first of its kind in the United States. Flying theaters take the normal thrill of a 4D theater, and actually puts you in flight. The motion and use of the theater is much different than a moving theater, as it is much smoother and fluid, and has you right against the action of the screen. It’s not clear if this is going to be a true, new huge Flying Theater, or if it will be just a refurb of their existing 4D Wells Fargo Theater. We did reach out to Legoland Florida, but have gotten no response as of publishing. With any luck, it’s a true new Flying Theater, which makes the announcement all that more impressive. The theater will also be the first of it’s kind in the United States to have a 180 degree turn with it, so we are very interested to see what that will entail. I’m kind of envisioning massive screens that almost fully surround the riders. But we’ll see what happens.

The other real cool addition is that the park is keeping their Splash Battle attraction, which was themed to Legends of Chima. That attraction will be rethemed to the Duplo Alien Invaders, which is completely fun and within the world of the Lego Movie. Unikitty’s drop tower will be unique in that it will also spin riders as they bounce up and down. It’s going to be a really fun attraction that will put a twist on a classic, all while being aimed at kids under 12. Overall, what sounded like a quick grab for attention with the second Lego Movie hitting theaters, is actually starting to look like a very big and exciting deal for Legoland. We seriously can’t wait to see the new additions, especially the Flying Theater.

What are you most looking forward to?