Scaffolding comes down around Hogwarts at Universal Studios Hollywood!

The Wizarding World of Harry Potter is quite possibly the closest thing you can get to really stepping inside of a living, breathing movie. Universal Studios Hollywood will get the chance to experience the Wizarding World themselves in 2016. This week, construction at Universal Studios Hollywood reached a milestone as scaffolding has come down from around the castle. 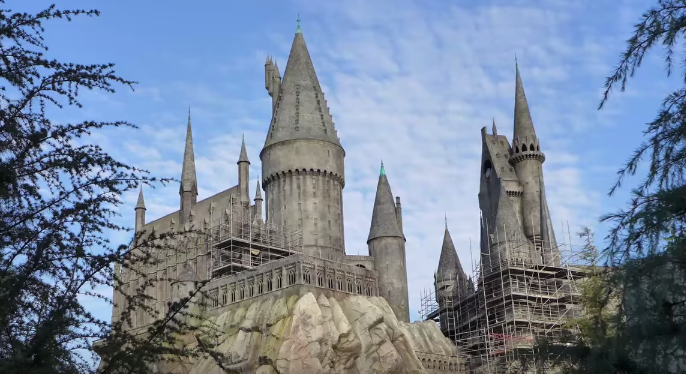 The Wizarding World of Harry Potter at Universal Studios Hollywood will be the third installment of the massively themed world in a Universal park. The first was in Orlando at Islands of Adventure in 2010. From there the popularity of the attractions surged, and Universal built another in Japan.

Now, as the opening date gets closer, there is some light at the end of the tunnel. Scaffolding is down, and the iconic landmark, Hogwarts School of Witchcraft and Wizardy sits proudly.

The new area will feature Ollivander’s Wands, Three Broomsticks, Flight of the Hippogriff, and of course Harry Potter and the Forbidden Journey.

This new addition will be the first Forbidden Journey in the U.S. to be in 3D.