WhiteWater West announced they will soon be installing their “Abyss” attraction into Sunway Lagoon. The attraction will be the first of it’s kind in Malaysia. The Abyss will carry up to six riders through a series of open and closed tubes, with twists and turns. WhiteWater’s designers have also designed this attraction without water breaks that often “kill the thrill”. 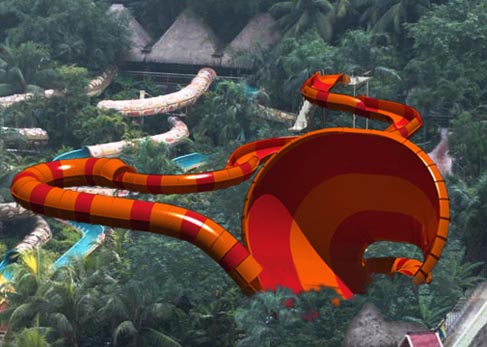 Most notably, Sunway Lagoon will feature the world’s largest Abyss waterslide on the highest slope in all of Asia. The attraction will also be filled with hundreds of LED lights.

When the Abyss opens in Spring/Summer of 2012, it will join the line up of the world’s largest man-made surf wave pool and the FlowRider.

NASCAR and Whitewater join forces to bring racing to waterparks