If there ever was a Holy Grail for coaster enthusiasts, the coaster that was always dreamed of but never attainable, Flying Turns would be arguably be it. The concept of the coaster is everything that enthusiasts love. It has the nostalgic feeling of a throwback coaster, it has the hand crafted love that you can’t get from a coaster manufacturer, and it hasn’t opened yet. That in itself makes it the most desirable coaster in the world. 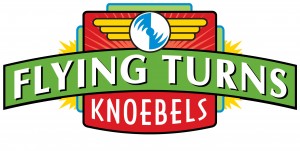 Flying Turns is a wooden bobsled coaster that began construction in 2006. Bobsled coasters do not use rails like a traditional coaster does. Instead, bobsleds follow along a trough (a wide opening) that allow the train to slide back and forth along the track. There are very few bobsled coasters left in the world today, and even all of those are made of metal. Knoebels wanted to go back to the roots of the roller coaster industry and make a wooden bobsled coaster. Even more, instead of contracting the work out to a coaster company to design and build the coaster, Knoebels has built the coaster themselves.

Many say it is because of that, the coaster has been delayed for six years. While it has been delayed, it’s not necessarily a bad thing. If a coaster manufacturer were to build it, they would be put under a deadline and the coaster could be rushed into operation, which could very possibly cause the longevity and quality of the coaster to be diminished. Since Knoebels is building the coaster themselves, with no deadline and no budget constraints (the park has a budget on the coaster, but they call the shots on their own budget) they can make sure that the finished product is one that is enjoyable for years to come.

Early Sunday morning, Knoebels released a teaser video showing off a portion of the coaster.

Knoebels promises to post a whole POV of the coaster when the video reaches enough likes on YouTube. Knoebels also says that the coaster is not ready…yet. More work needs to be done to make sure that it’s a safe and enjoying ride. In 2006 work on the track began, in 2007 problems with the wheels were discovered, and the trains had to be sent back to the manufacturer. In 2008 the ride was going too fast through the turns, which the park feared could lead to problems for guests.

When questioned about when the ride will be open, the only answer Knoebels gives is “When it’s ready”. While that may frustrate coaster enthusiasts, it’s honest and probably the best answer you can get.

For more information about Flying Turns and Knoebels, including tickets, visit the official website!