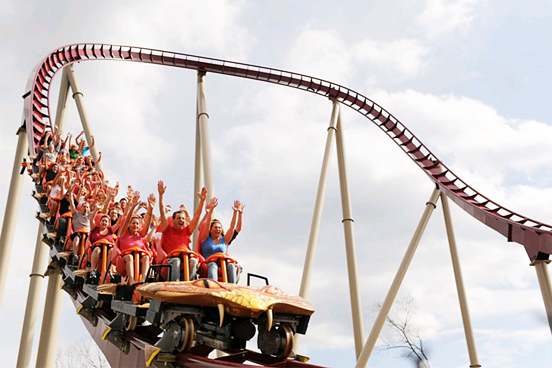 Diamondback opened in 2009 at Kings Island. It features a 215′ drop, along with other drops, and a splash down area. Millennium Force features a 300′ drop and a lot of air time. It’s a fan-favorite at Cedar Point. Intimidator opened in 2010 at Carowinds. It’s themed to Dale Earnhardt, the race car driver. And finally, Kingda Ka is the world’s tallest roller coaster, and was once the fastest, until Formula Rossa opened in Abu Dhabi in 2010.