I think it’s safe to say Universal Studios is going to take advantage of the fact that they have the rights to one of the most popular television shows ever, with a Walking Dead Maze on each coast, the possible overall theme of The Walking Dead for Orlando and now The Walking Dead Terror Tram. 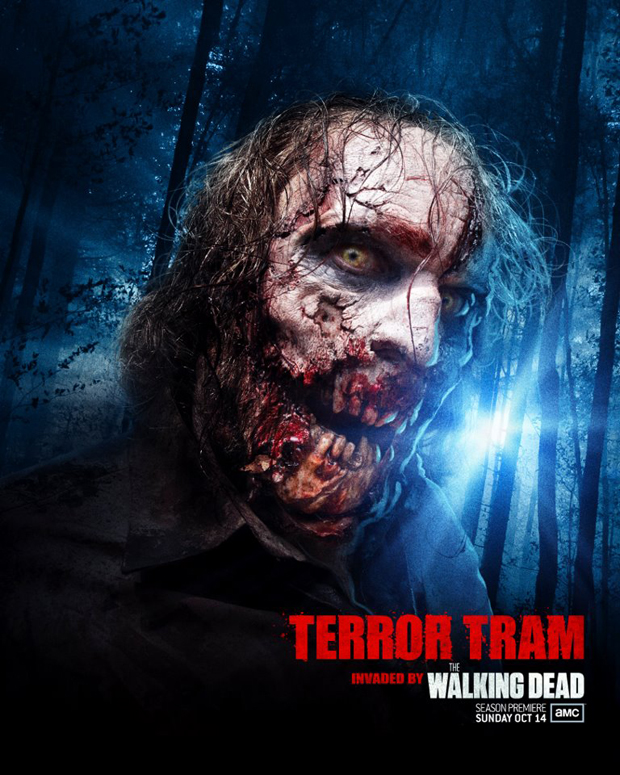 For those of you whom are unfamiliar with what Terror Tram is, it’s an experience very unique to Universal Studios Hollywood during Horror Nights. Guests board the typical Studio Tour tram’s which descends into the depths of the backlot. During the decent guests are shown some back story via the HD monitors mounted atop each few rows of seats, then at once point the tram has to stop and guests have to be “evacuated”, the tram leaves them to ascend the studio backlot exploring the theme of that year. The walkthrough itself wonders through many of the famous filming locations that are on the backlot including The Bates Motel, The War of the Worlds plane crash set, and some dark wooded areas. This years they could all be used to enhance the theme with The Walking Dead since they all fit naturally in a post-apocalyptic setting quite well.

Now, we are very excited to see this much Walking Dead at both HHN events this year. Zombies are always great, but we can’t help but have some slight reservations about the theme. Anybody who has seen the show and especially those whom have read the comic books know that the walkers are only secondary to the overall story. The humans become the main fear and enemy after a certain point in the comic books and eventually in the show which we will see this season. There is a very famous speech given by Rick Grimes during the comic series. Those of the show may want to turn away for possible spoilers.

The second we put a bullet in the head of one of those undead monsters. The moment we drove a hammer into one of their faces or cut a head off. We became what we are! We are surrounded by the dead. We’re among them and when we finally give up, we become them! We’re living on borrowed time here. Every minute of our life is a minute we steal from them! You see them out there. You know that when we die, we become them. You think we hide behind walls to protect us from the walking dead? Don’t you get it? We ARE the walking dead! 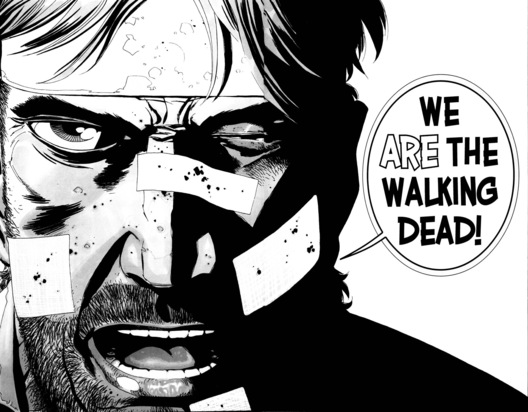 At that point it becomes more than zombies and with human characters soo diverse and rich in both series we can’t help but wonder if they will focus on how terrible the humans are or on the looming threat of zombies. We can find zombies at any other Halloween event across the country, but what makes The Walking Dead special is the heavy influence of humans willing to kill you quicker than any zombie. 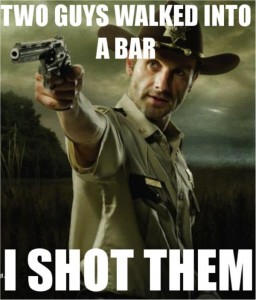 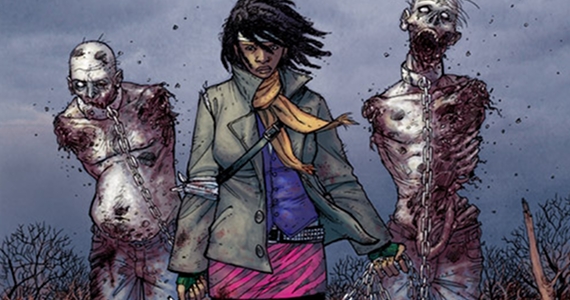 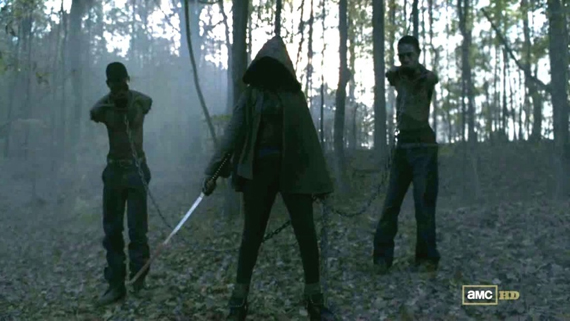