Yesterday morning, the D23 Expo was kicked off with a bit of an evil act from Phineas and Ferb’s very own evil scientist Doofensmirtz. The Waffle-inator is an interactive game where attendees of the D23 Expo can face off against the evil doctor to help save Perry by hurling waffles at a large led screen hitting various targets. 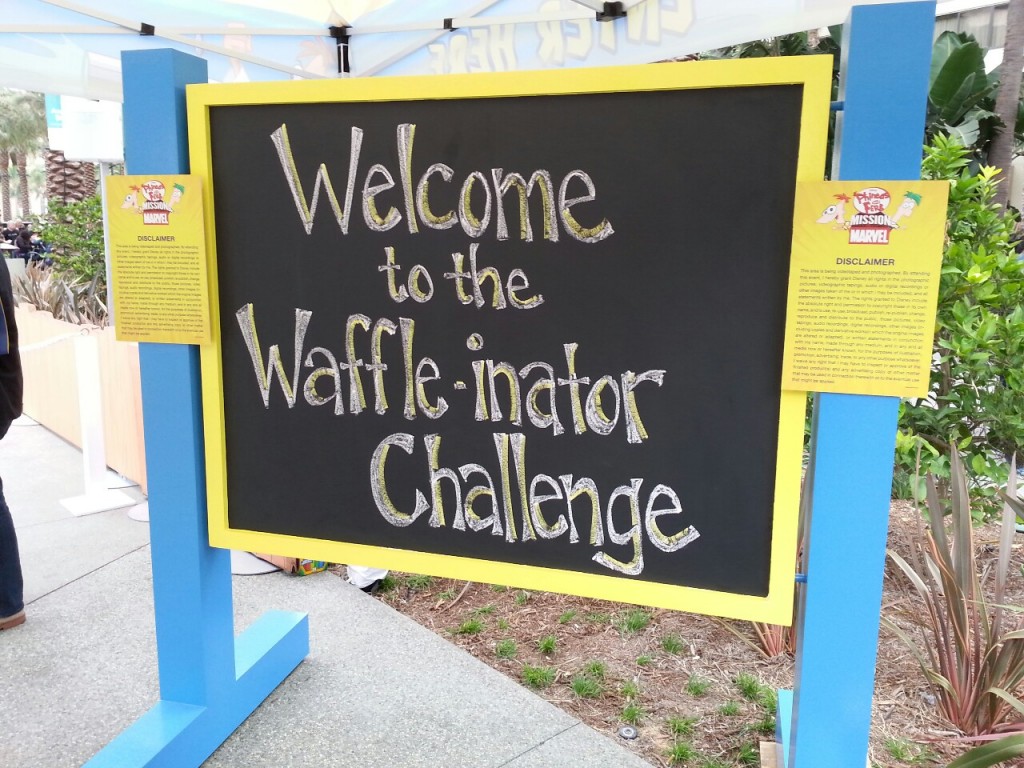 Helping the evil Doctor out were his evil interns who helped attendees learn how to fire their waffles at the large screen. 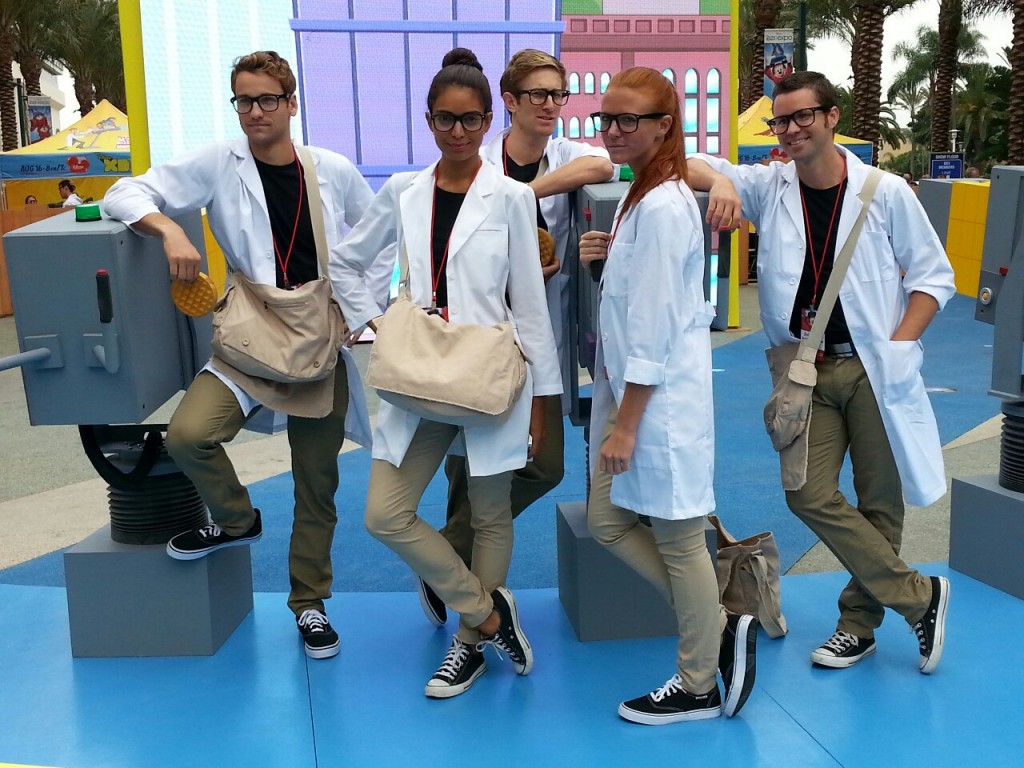 Also in attendance was the cast of the upcoming DisneyXD show “Phineas and Ferb: Mission Marvel” which blends Marvel and Phineas and Ferb together in the first ever Disney-Marvel crossover. 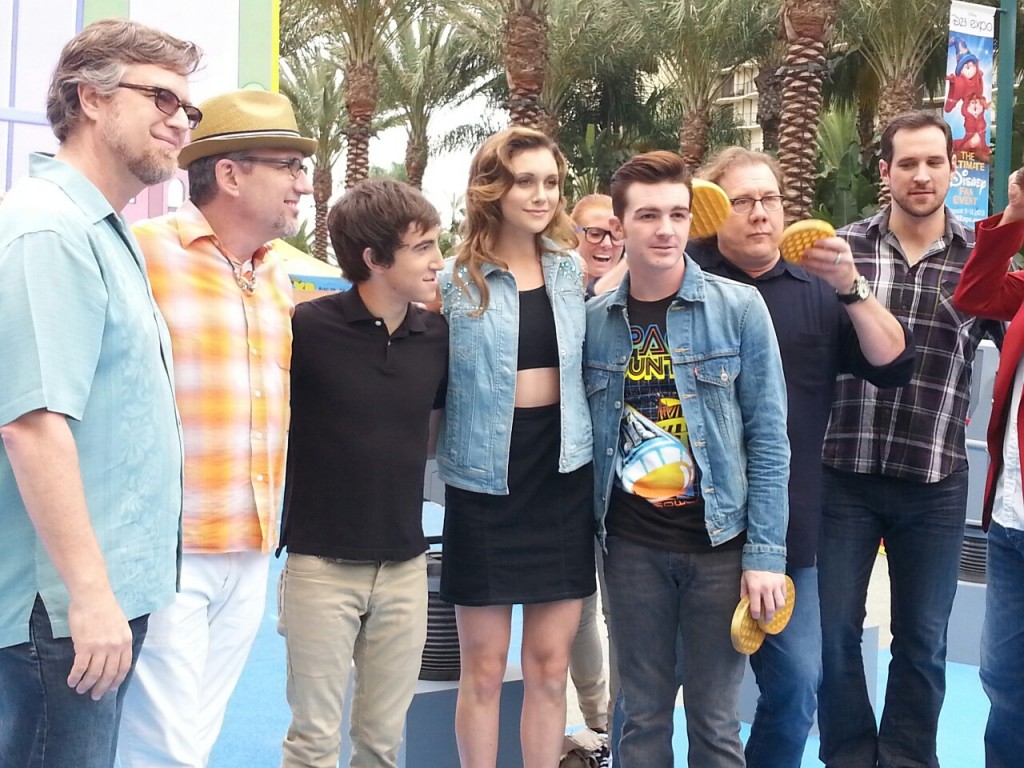 The Waffle-inator is a massive video game that constantly had a long line throughout the day. The kids absolutely loved it. 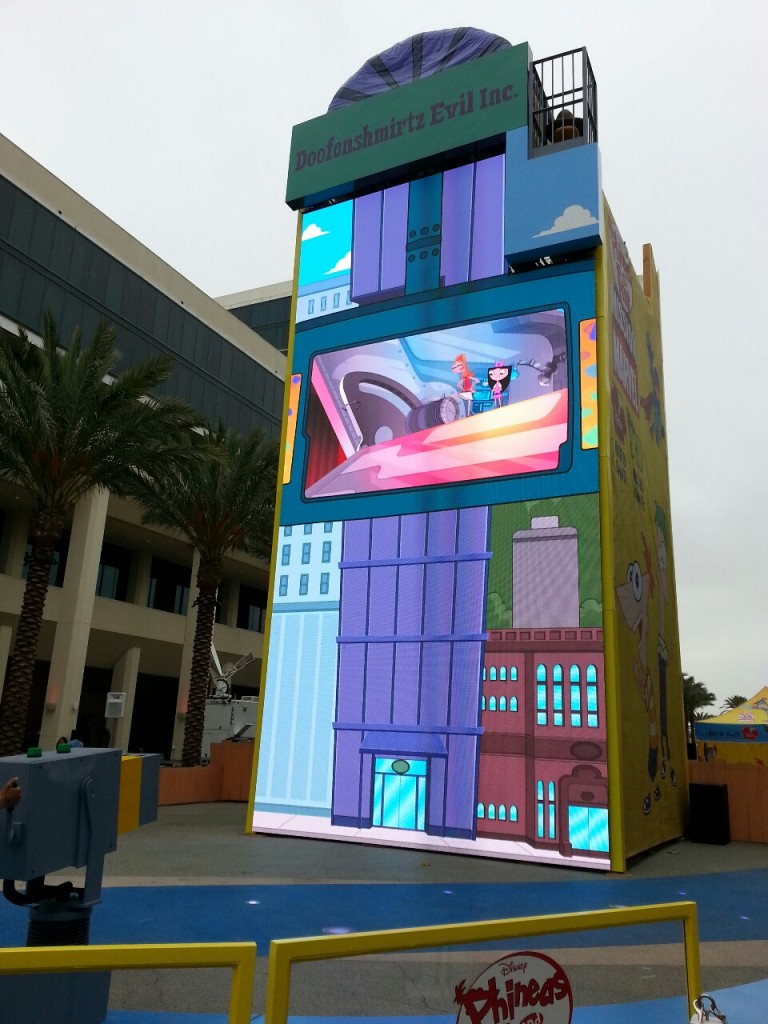 The cast of the special was also having a blast playing the game! 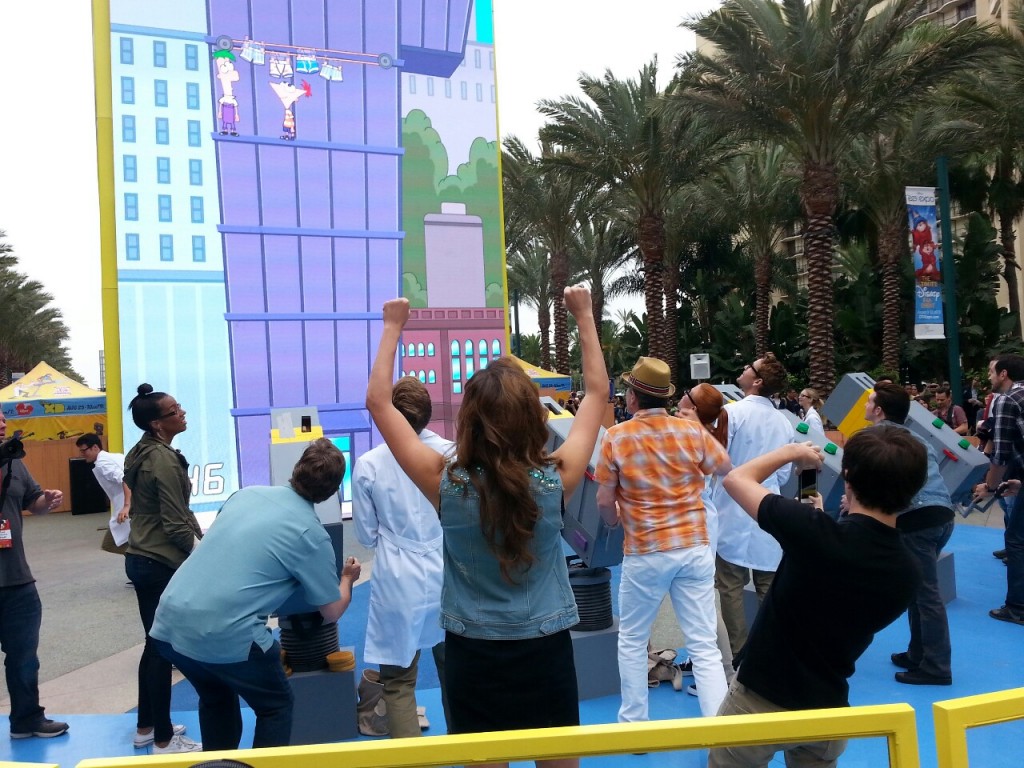 Of course it wouldn’t be a party unless Phineas and Ferb were here, so they made a mandatory appearance and got the crowd excited for the D23 Expo! 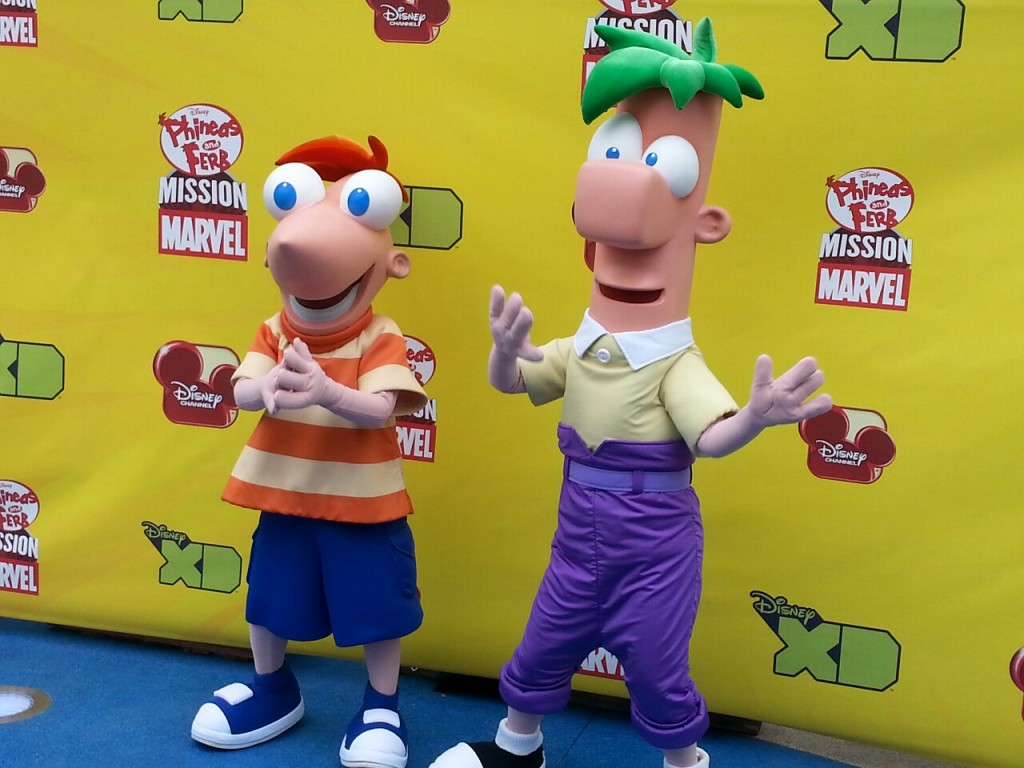 That does it for our look at the Waffle-inator, it will be open throughout the duration of the D23 Expo so you still have a chance to come down and play it for yourself! For more on the D23 Expo be sure to check back for the latest, or follow us on Twitter @BehindThrills