Over the weekend Disney unveiled the revamped version of the Move It! Shake It! Street Party at Magic Kingdom. The previous version had a mix of music and dancing, as well as appearances by tons of your favorite Disney friends. The show has been updated, and now includes more characters, new music and a way to get social with not only the characters, but also with the rest of the world. 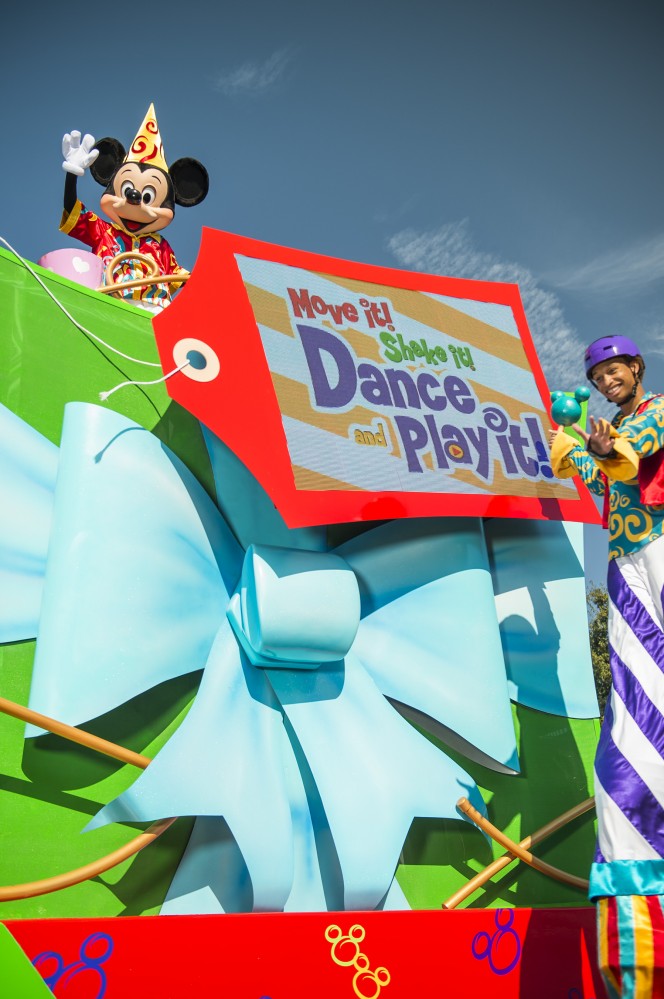 The Move It! Shake It! Dance and Play It! Street Party made it’s debut on Friday. The all new parade/street party will start at the front of the park and roams all the way down Main Street USA before ending right in the middle courtyard in front of Cinderella Castle. Guests can vote on the playlist and submit their own pictures for a huge finale in front of the castle by using the #MoveItShakeItPics on social media.

In addition, guests can interact with different characters like Stitch, Phineas and Ferb and more as they dance their way through the streets.

Video-Get a glimpse at the all new Move It! Shake It! Dance and Play It! Street Party

The street party happens several times a day, and is a blast for kids of all ages.

Stay tuned for even more Disney fun, and be sure to get social with us on Facebook, and follow along with us on Twitter @BehindThrills for the latest updates!