Frozen will, naturally be all over the place this holiday season as the smash Disney film will be celebrating it’s first anniversary.  Walt Disney World has previously announced that they will be doing more Frozen fun all around the resort,  including special events during Mickey’s Very Merry Christmas Party. The fun will spill over to Hollywood Studios, as the fun from Frozen Summer will continue. One huge portion of the celebration,  however will change. 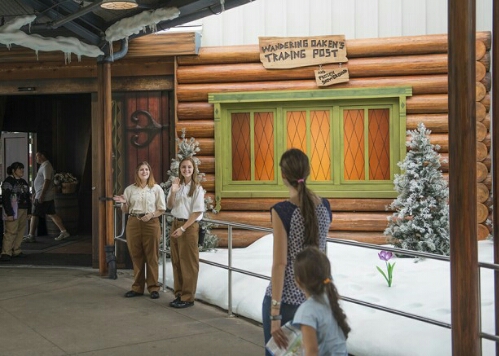 Wandering Oaken’s Trading Post at Disney’s Hollywood Studios was a hugely popular spot for guests to cool off, with snow and ice skating…In summer!
Now Wandering Oaken’s will be expanded,  with more snow and shopping,  but now no ice skating. The new spot will be located on Streets of America near Lights, Motors, Action Stunt Show. There will also be more treats,  including cupcakes and other sweets.
The park will also bring the Frozen Sing Along back to a permanent home in the Premiere Theater, where it will continue through the holidays and indefinitely.

Stay tuned for more Frozen fun,  and be sure to get social with us on Facebook and follow along with us on Twitter @BehindThrills for the latest updates!

For more information about Frozen at Walt Disney World, including tickets, visit the official website by clicking here!