Disney is looking to make good on their promise of a new Star Wars film every year. Today during The Walt Disney Company’s Annual Meeting of Shareholders, Bob Iger announced not only the date and details about the first stand alone Star Wars Spinoff film, but also the next chapter in the Star Wars Sequel Saga. While difficult to tell, the future is, it’s getting a little less clouded. 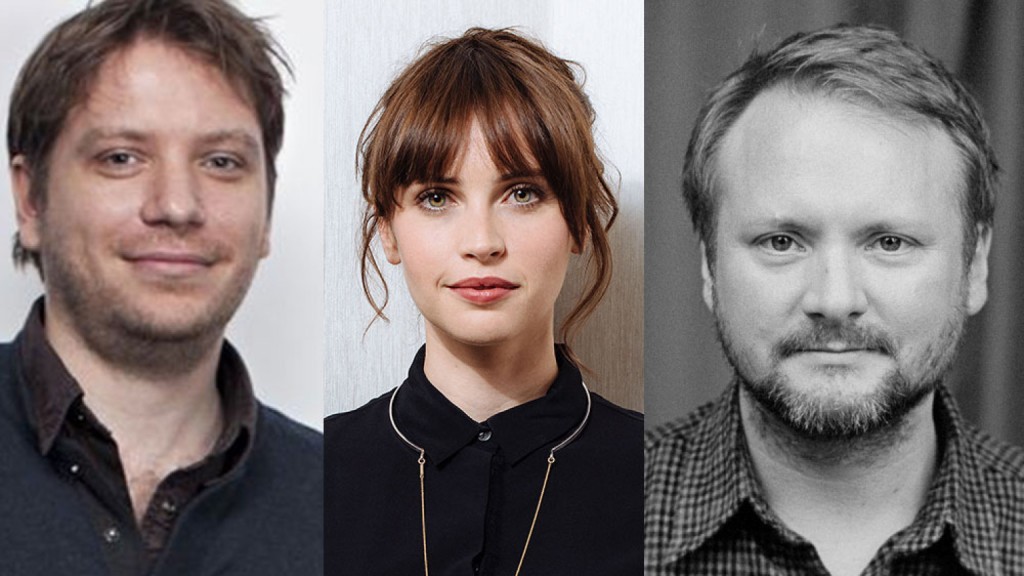 The first big news is that the stand alone Star Wars film now has a title. Star Wars:Rogue One  will be directed by Gareth Edwards, who did great work on the 2014 Godzilla film, as well as his own Monsters. The film will be written Chris Weitz and will star Academy Award nominee Felicity Jones. The film will shoot this summer, with a release date of December 16th 2016. The new film will not be part of the current film arc, with Han, Luke and Leia, but will tell a story outside the film arc and possibly become it’s own franchise within the Star Wars Universe.

The second big news is that Star Wars Episode VIII (eight for those who roman numerically challenged) will be released on May 26th, 2017. 40 years and a day after the original Star Wars film hit theaters. It will be written and directed by  Rian Johnson. Johnson is known for the Sci-Fi action film Looper, and The Brothers Bloom.

If this release schedule is any indication, it looks like we are going to see a steady release of the main Star Wars films go back to May, with the stand alone films happening in December, alternating time slots for the films.

Later this year, there’s expected to be some huge announcements regarding Star Wars in the Disney Parks. There will be plenty of opportunity for new attractions, with both Star Wars Celebration and the D23 Expo happening in Anaheim this year.

Stay tuned for more Star Wars fun, and be sure to get social with us on Facebook, and follow along with us on Twitter @BehindThrills for the latest updates!