You’re going to want to watch Ebay for the next few hours. The D23 Studios Panel was full of all kinds of surprises, including the announcement of the massive new Star Wars Land coming to both Walt Disney World and Disneyland. One of the more pleasant, and unexpected surprises, is the exclusive D23 Posters, drawn by long time Star Wars Poster Artist Drew Struzan. This poster is drawn exclusively for D23 Attendees, and you won’t be able to find it anywhere else! 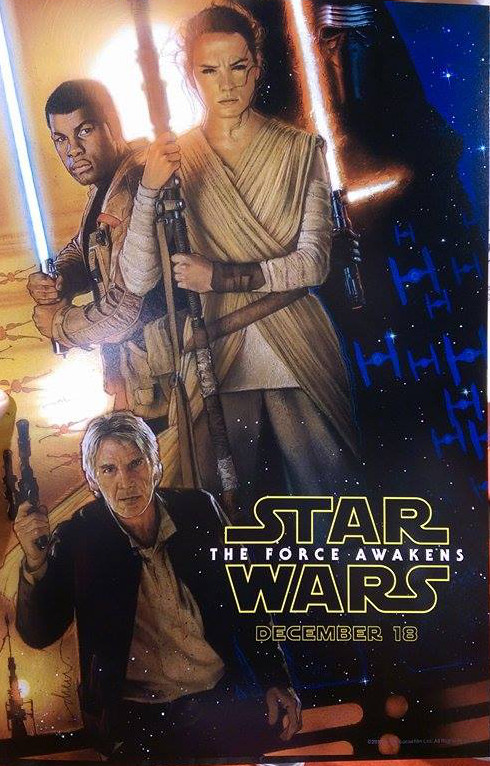 If the style looks familiar, it’s done by Drew Struzan, who is a long time Lucasfilm collaborator. He’s done every single Star Wars film, as well as well as Indiana Jones, and many many others. He is legendary in the world of movie posters.

We don’t know much about these characters, except that there was some shots of Finn in a stormtrooper outfit. Here, he’s sporting a lightsaber. Does that mean he’s Jedi? Plus, Rey looks a lot like Han. It’s going to be very interesting to see what happens in the film.

How excited does this make you for the new film?