Behind the Scenes of Crimson Peak: Maze of Madness at Universal Studios Hollywood HHN 2015!

Guillermo Del Toro is more than just a filmmaker, he’s a true fan. The guy absolutely loves the things that go bump in the night, and he loves the monsters that live under your bed. So, a maze at Universal Studios Hollywood’s Halloween Horror Nights is kind of a given for the man who has brought vampires, hell spawn, and giant robot fighting monsters to life. We had the chance to go back stage at Halloween Horror Nights Hollywood’s all new maze, Crimson Peak to take a look at the Gothic horror that will be unleashed on guests this Friday. The maze itself follows Del Toro’s stylistic direction to the smallest details making it one of the most beautiful and stylistic mazes to ever come to HHN Hollywood. 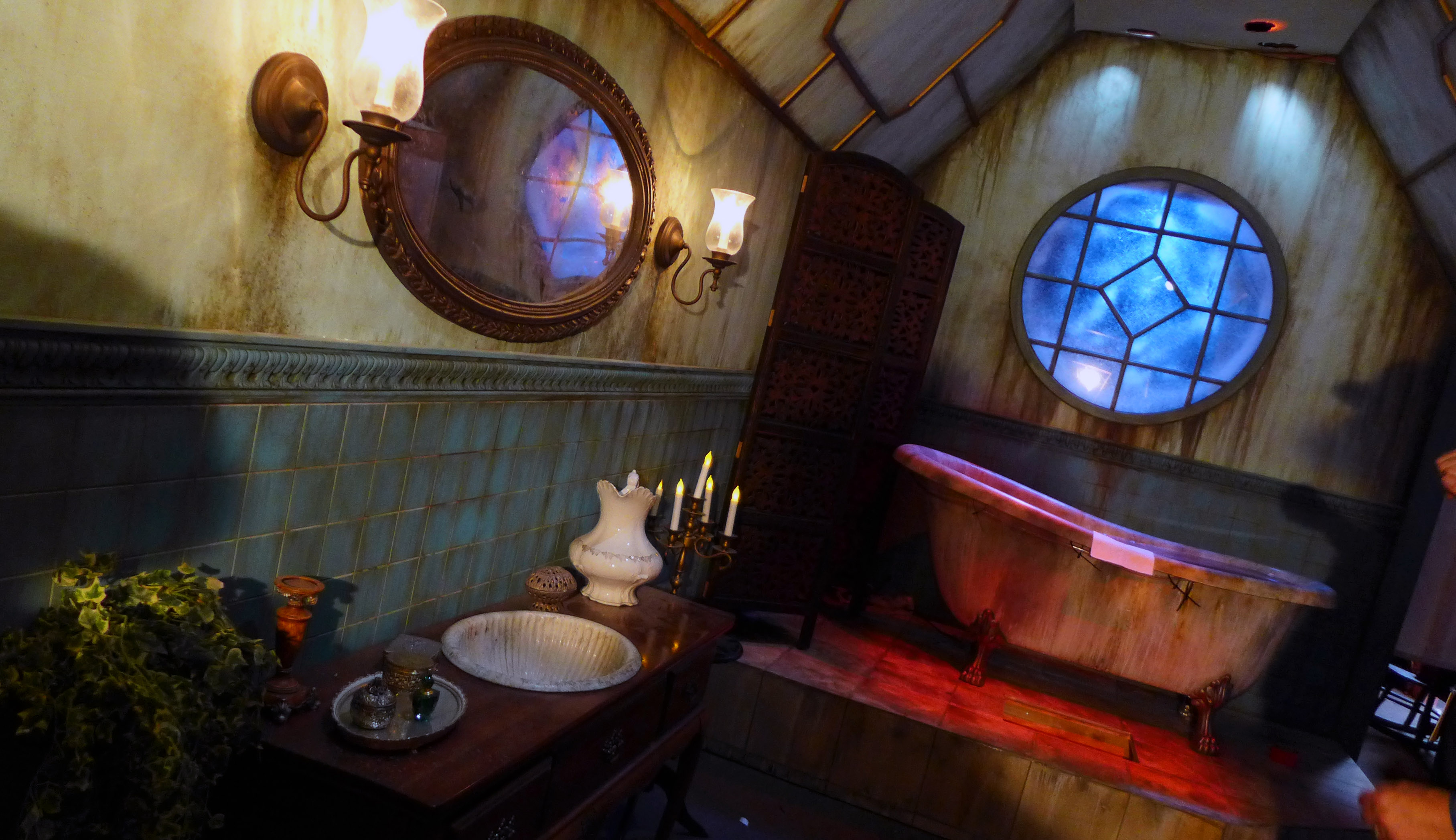 Crimson Peak tells the story of a very bad marriage…essentially. There’s a hell of a lot more to it than that, but essentially a couple is married, and the bride is taken to the estate of her new husband. Things go from bad, to hell very quick. It’s a Gothic horror, taking place in the Victorian Era, and while the marriage is the story of it all, the house is the centerpiece. It’s that house, where all manner of ghosts from the past thrive, is the focus of the maze at Halloween Horror Nights. 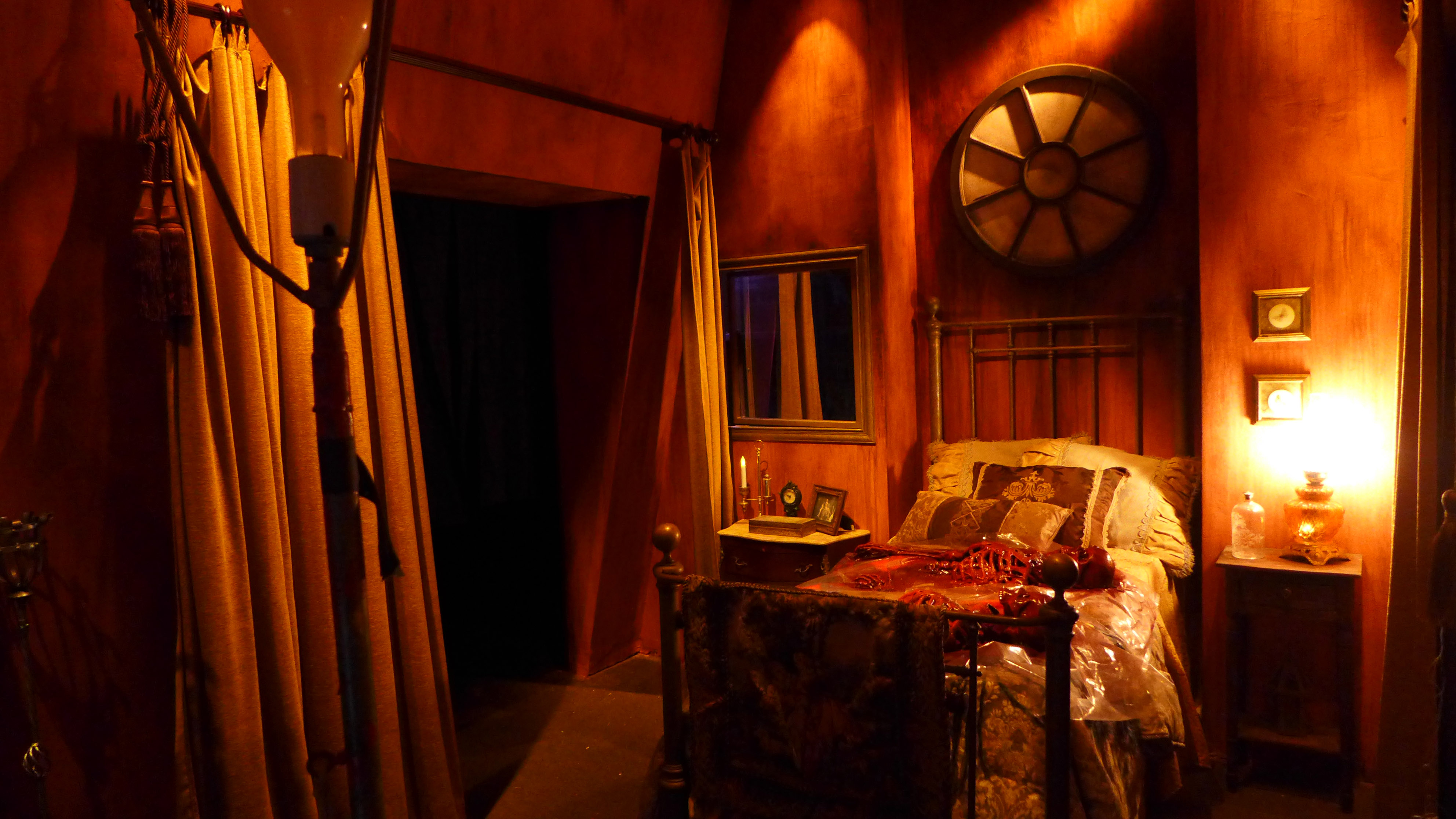 There are some pretty amazing things that are going to happen in this maze. It’s by far, one of the most technical houses that Creative Director, John Murdy and crew have ever accomplished. The house in the film comes to life, and is a living breathing thing. How do you translate that from the screen, where all the effects can be done after the filming has stopped? How do you make a haunted house, actually live and breathe in the real world? It’s all about the effects, and all about the actors. The house will be directly ripped from the film, using a lot of replica props, down to the wallpaper which John Murdy and his team went to recreate and source the exact wallpaper used in the film. It’s kind of amazing.

Video-Get a tour of Crimson Peak: Maze of Madness

In the past, Halloween Horror Nights has done mazes based on films that have not been released. Sometimes it works out, sometimes you really need to see the movie to understand what the hell was going on. Luckily that doesn’t seem to be the case with Crimson Peak as the maze is being set up to act as a sort of Trailer for the new film as well as tell the story of it. This is no easy task! The crew has to set up the story of the maze, without giving any major plot points of the movie away. With a film like Crimson Peak, that task becomes very daunting, and the crews have to walk a fine line. 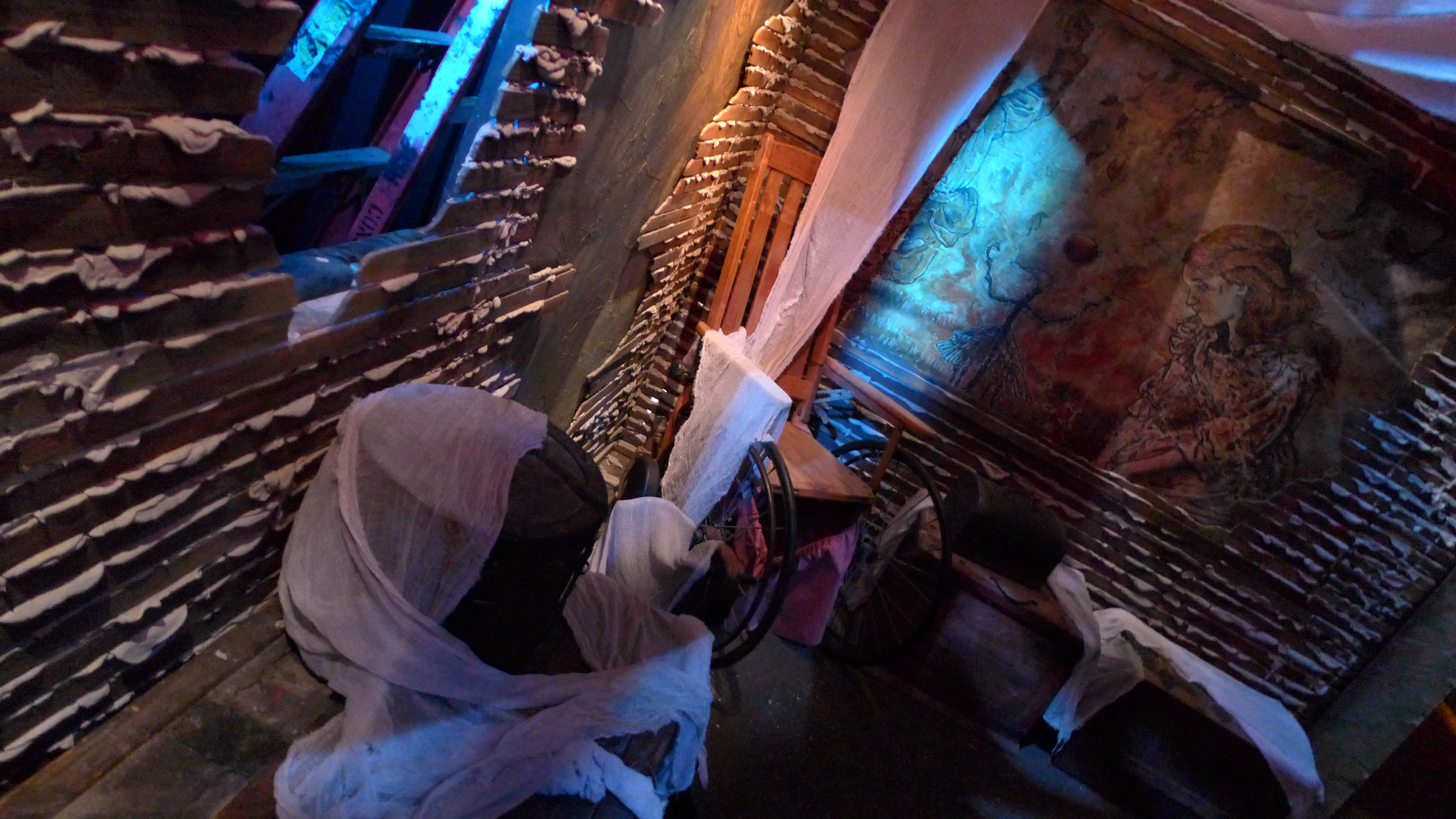 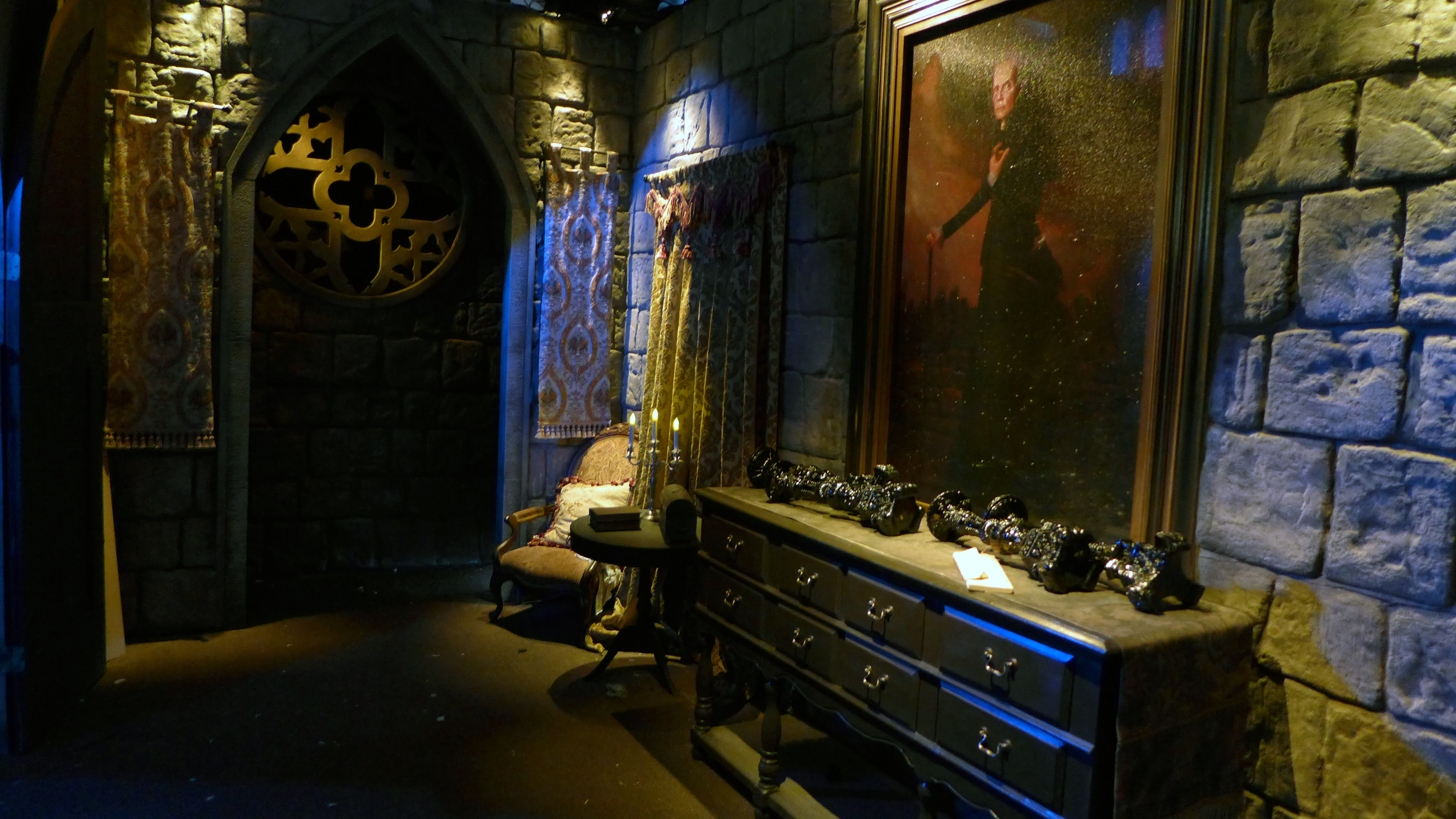 During our tour, the sets were still being dressed and lighting was still under testing. It’s safe to say that much like the house in the movie, once people are in there, this maze will virtually come to life. The maze itself is absolutely gorgeous, with huge set pieces, and great sights and props. Every inch of the house will breathe to life, once the scareactors, and guests start screaming their way through it. 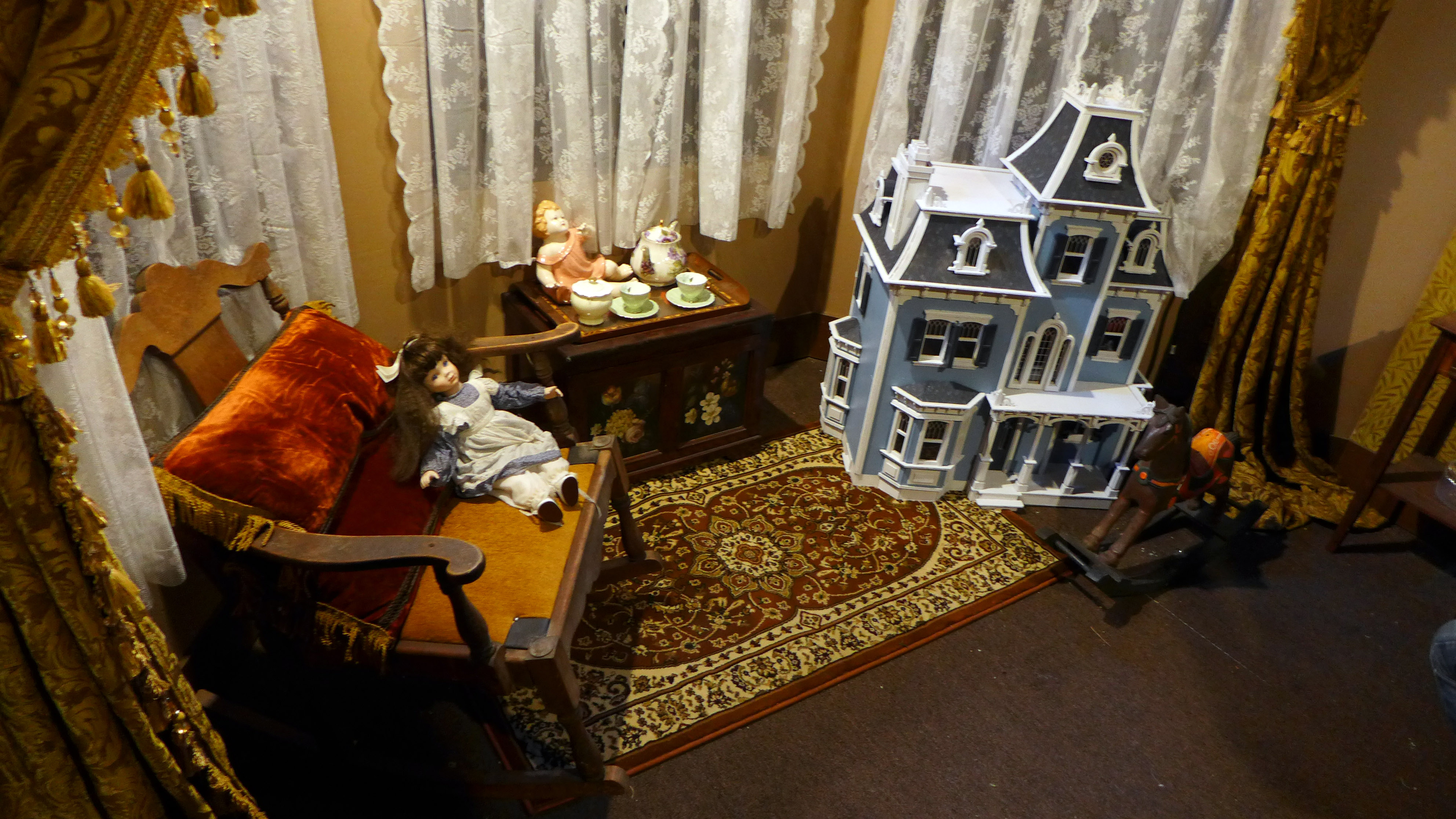 CLICK BELOW TO GO DEEPER INTO CRIMSON PEAK: MAZE OF MADNESS