Disney and Pixar’s next big film, Finding Dory is coming this summer. The all new trailer gives us a great look at the new story, new characters and the overall feel of the film. Disney has also announced that this summer guests will be able to meet Dory and tons of other friends from the films. 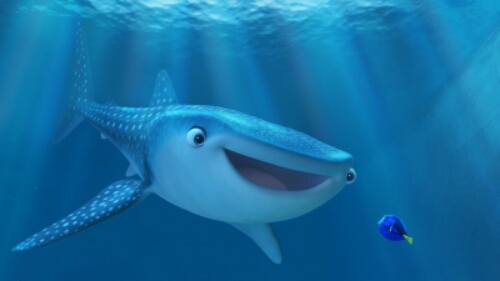 The new film will bring back all the old friends from Finding Nemo, plus tons of new ones as Dory is searching for her parents.

Disney has also announced that later this summer, when you visit Turtle Talk at either Epcot in Walt Disney World or Disney’s California Adventure at Disneyland, you’ll be able to meet Dory. She’ll be joining Crush at the attraction, and you just might get to see other characters as well, such as Destiny the whale shark, Bailey the beluga whale and Hank the “septopus”. You might even get a glimpse of Nemo and Marlin!
It’s a cool way that Disney is bringing the movies to life in their parks.
Stay tuned for more from Disney, and be sure to get social with us on Facebook and follow along with us on Twitter @BehindThrills for the latest updates!