Get a sneak peek at Epcot’s new Soarin Around the World!

Soarin is coming back in a big way! The family favorite attraction will return to Epcot this Summer with all new sights, destinations, and smells! Walt Disney World has released a very short video clip showing off the all new ride, which will be returning later this summer with a new theater, which hopes to make for shorter lines. 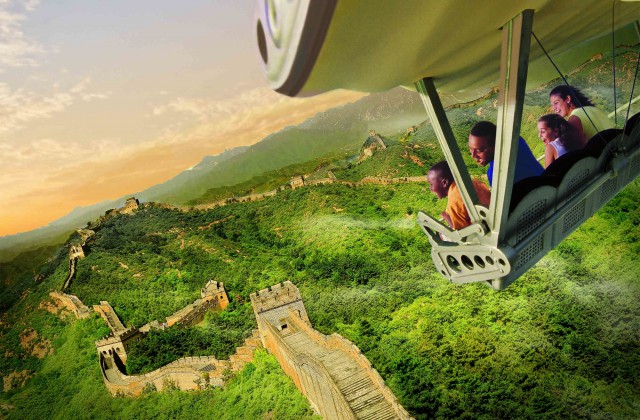 The new clip shows off the Great Wall of China, as well as Sydney Australia. The new version of the ride will premiere at both Disneyland, and Walt Disney World, and will also be showcased at Shanghai Disneyland.

The ride will use a new laser projection system, as well as an all new way to film the ride that will provide the highest resolution possible. It should make for an amazing new ride. The music is also said to be the same, but the scents (one of the highlights of the original ride) will change. For that reason, the old version of the ride will no longer be available. It was hoped by many fans that the ride would randomize the two films eventually, but it doesn’t seem to be the case.

Opening day is set for June 17th at both Disney’s California Adventure in California and Epcot in Florida!