You don’t know Jack! Bid for an autographed Jack the Clown HHN Jack of Lantern!

Hearts of Reality has been helping the folks at Give Kids The World for several years. Organizing expos, conventions, and even the chance to talk with some of reality TV’s biggest stars. They’ve run auctions on Halloween Horror Nights before, but if you think you know everything…you don’t know JACK! 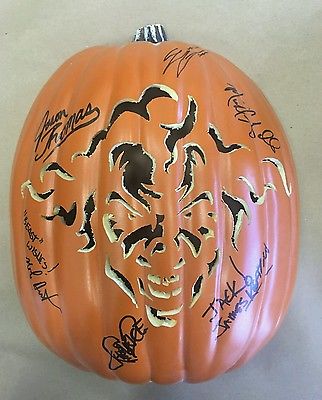 Hearts of Reality has an awesome new piece of HHN memorabilia up for auction. While the piece wasn’t officially used at Halloween Horror Nights at Universal Orlando, it does feature artwork and signatures by many of the creative team and staff from the event. Jack the Clown adorns this one of a kind Jack O Lantern, which was created in his new Image, and is signed by make up artists and the creative team at HHN.

The listing has hit ebay, and is up for auction now until April 26th.

This is a really great piece for any HHN Fan, and is donated by all the awesome people at the event to help an amazing cause.