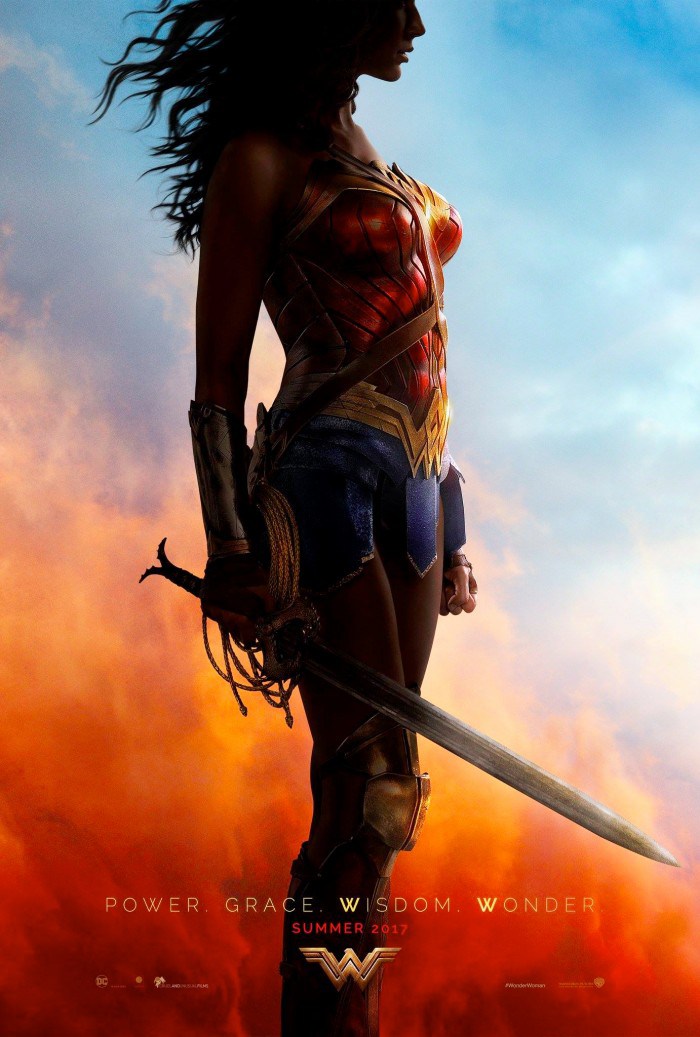 Every time I see something for Wonder Woman, the theme song to the TV show races through my head. “WONDA WOMAN!”

The first poster for the next film in the DC comic movie universe line up has hit San Diego Comic Con, and it’s pretty amazing. Wonder Woman will star Gal Gadot, and is an origin story. The colors are pretty bright in comparison to what we’ve seen on other posters before. The movie hits theaters next summer, but we should be getting a teaser trailer pretty soon.

Warner Brothers goes all out for Comic Con, and last year they rolled out looks at Batman v Superman, and Suicide Squad, both of which were online pretty quickly. We should see a clip online today, after the Warner Brothers panel at Comic Con, but no promises.

After the kind of disappointing Batman v Superman, Wonder Woman needs to be a huge hit if Justice League is going to work. There needs to be a character that we love and care about, because the big two…Batman and Superman kind of blew it. Still, there is hope.