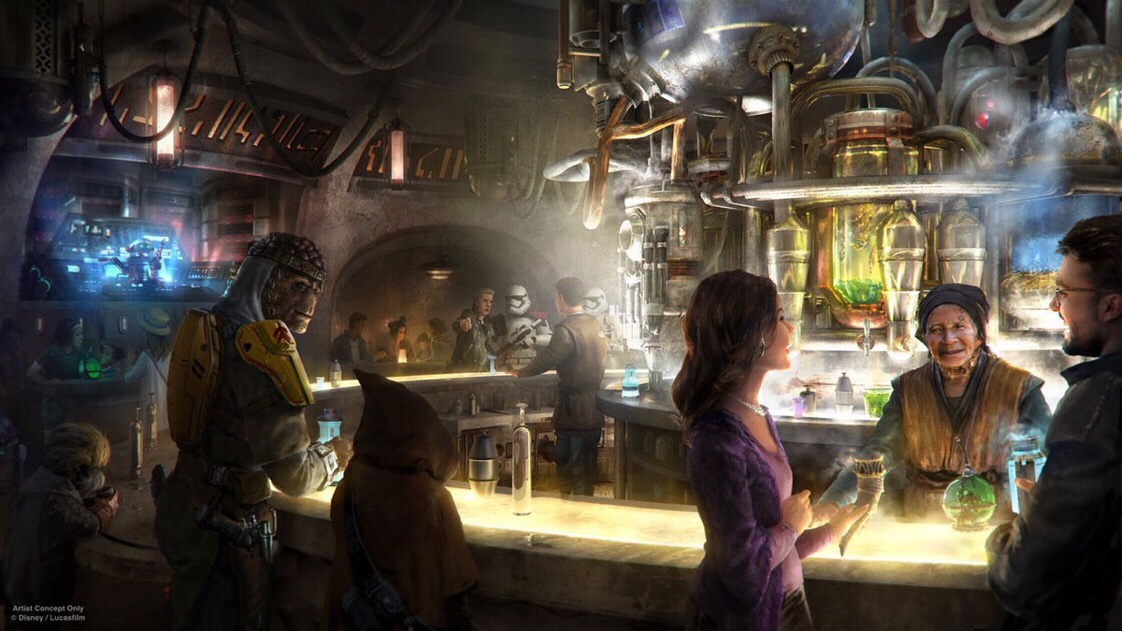 Sure, you’ll never find a more wretched hive of scum and villainy than Mos Eisley Cantina, but if things go right, the newly named Oga’s will come a close second.

Disney announced the new cantina will be making its home in Blackspire Outpost when Star Wars, Galaxy’s Edge opens at Disneyland and Disney’s Hollywood Studios in 2019.

Of course, Oga Garra, the alien that runs the place tries to keep things respectable, but even Oga can’t keep things from getting out of hand from time to time, when Bounty Hunters,smugglers and even Stormtroopers mix.

The new cantina will have a kids menu, special libations for adult and even a special DJ as a familiar droid finds a new home at the Cantina. That’s right, RX-24, the former StarSpeeder 3000 pilot droid we first met in Star Tours, has re-envisioned himself as the cantina’s DJ, and he’ll spin the latest and most unique music in the galaxy.