Busch Gardens Tampa is moving things into high gear for 2016, and it’s not even halfway through 2015 yet. The park announced this morning via Twitter, that they would be closing their signature Serengeti Railway to make room for the all new attraction. What is the park building? 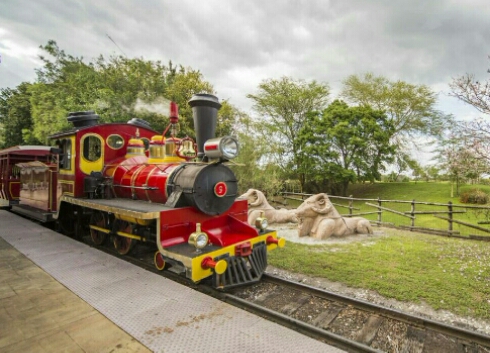 The Serengeti Railway will be temporarily closed, according to Busch Gardens Tampa.

Update: The Serengeti Railway will be temporarily closed as we start on the 2016 attraction! pic.twitter.com/10vhP4lZM5

The train takes guests on a scenic your around the park where they see am array of animals on the park’s Serengeti Plain.

The new attraction has been widely rumored for the past several months, with plans coming online through permitting. The plans call for several trenches to be dug, and the train to pass over the new ride. This announcement seems to line up with those plans, and it appears that Busch Gardens Tampa could be getting an all new coaster, similar to the one that Busch Gardens Williamsburg is opening this year.

The coaster is a launch coaster that will shoot riders up and over in a massive loop, doing several small inversions before coming back down to the station.

The train is a great way to shuttle around the park, but with it gone, guests will have to either walk or use the Skyride, which zips riders over the Serengeti.