Have you been naughty? Go behind the scenes of ‘Krampus’ at Halloween Horror Nights Hollywood! 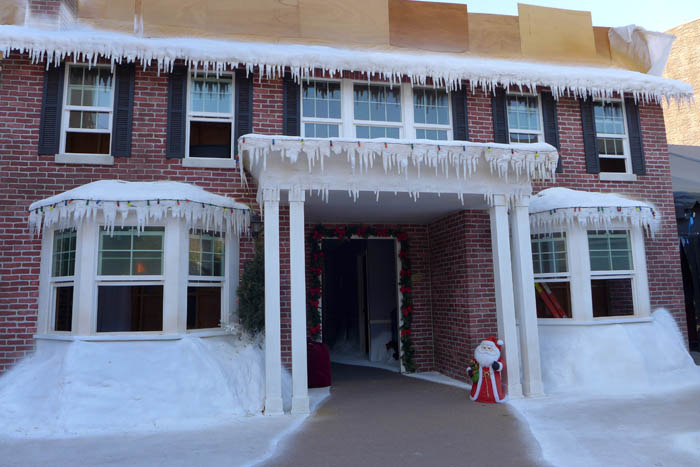 You know Dasher, and Dancer, and Comet and Vixen…hell you know all the stories of Santa Claus. You know about Frosty, and all the warm fuzzy feelings you get. But what about the other side of Christmas? You know, the “scary ghost stories” part? This year Halloween Horror Nights Hollywood is taking that part literal, and creating the festive, yet demented maze based on the holiday film, Krampus. 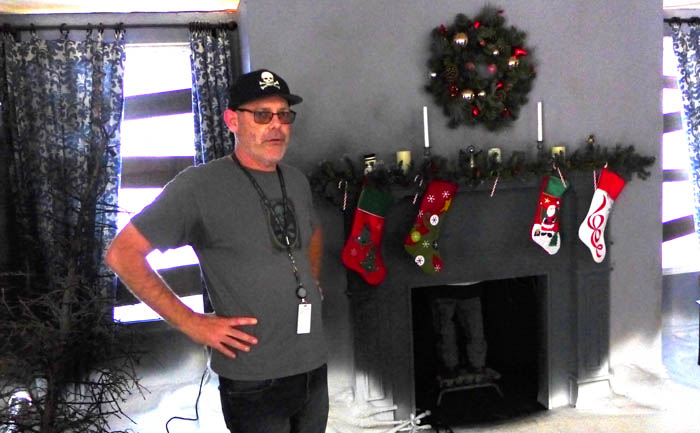 If you don’t know Krampus, it’s okay. He’s been around a long time, mostly in European countries. We tend to stick with the happy parts of Christmas, but Krampus is a different tale altogether. You know that if you’re bad you get coal in your stocking. In the tales of Krampus, you don’t get coal, but drug to hell if you’ve been especially bad. This is a topic dear to my heart, because Krampus was a major part of the holidays growing up. My grandfather had me scared to death of upsetting Krampus, and that he would sneak into the house and beat with sticks, all while taking me “away”. When John Murdy found out that Legendary pictures were making a film based on the tale, it was a match made in heaven and he knew it had to be at HHN.

Before the tour we had the chance to talk with John Muddy about all the details of Krampus! 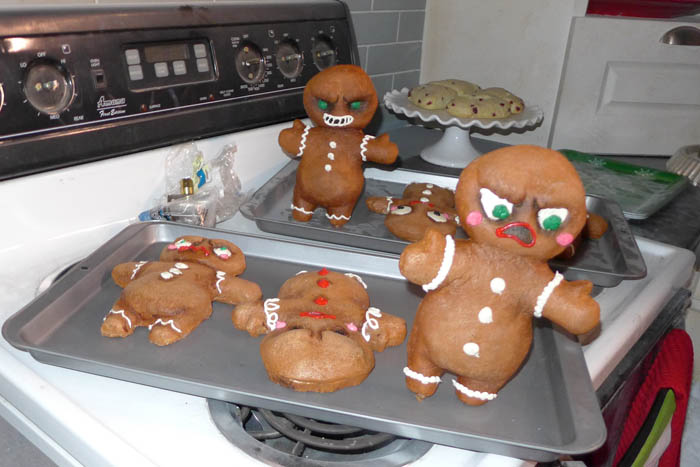 Going through the house we see just how Christmas can go wrong, and why I feared Krampus. While that fear eventually lead to fascination, it was definitely something I passed to my own children as they grew up. “Santa is watching, but so is Krampus, and you DON’T want him around”. 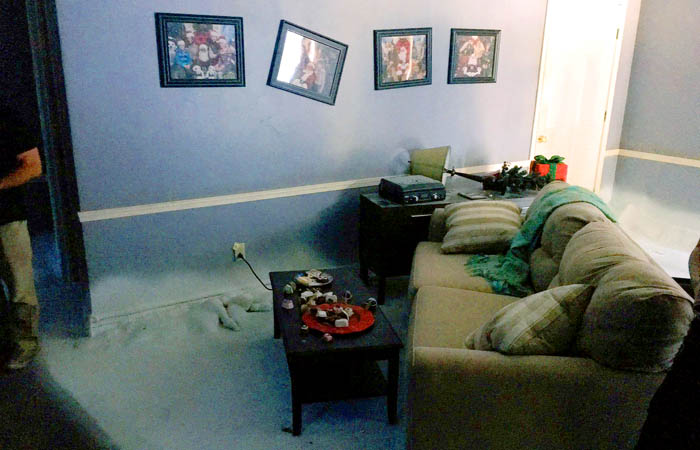 The maze follows the linear story of the 2015 hit movie starting when the blizzard had begun to freeze the neighborhood over. All of the sets will be flocked and covered in snow. While they look clean and pretty in many of these photos, the sets will become a frozen wasteland in time for opening night at HHN. 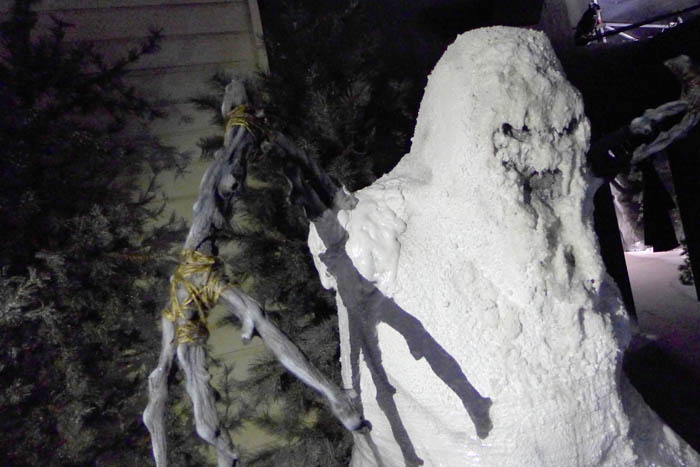 This year you want Krampus around, as Universal does up a festive maze. Christmas mazes are always so much fun. You have the merriment and joy of Christmas, twisted and demented by the gore and fear of Halloween. For two years Universal Studios Hollywood offered a Dark Christmas scare-zone that featured an original take on Krampus. It was so popular that fans began begging for a full fledged maze based on the Dark Christmas scare-zone. Well, their wish came true.

From what we saw today, Krampus looks like it’s going to be a ton of fun. The gingerbread kitchen scene alone is enough to keep me coming back. They’re so cute!

Krampus joins an army of classic and modern horror hits at Halloween Horror Nights Hollywood this year. The event kicks off on September 16th, and runs select nights all throughout October!