In the theme park world, Universal Orlando is the last of the parks to start their Christmas celebrations. This isn’t necessarily a bad thing as most parks started their festivities before Thanksgiving, with some starting just after Halloween. Universal takes the “wait for the season” approach and will start Grinchmas and the Macy’s Day Parade this weekend, with the first of many concerts by Christmas Super Group Mannheim Steamroller. 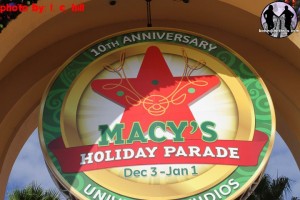 Many decorations around the park have gone up advertising the 10th anniversary of the Macy’s Holiday Parade at Universal. The parade has many of the balloons straight from the parade in New York. In fact, the reason that the festivities don’t start right away are because they have to wait until after Thanksgiving to rush the balloons here to Florida. Once they get here, the decorating gets underway. 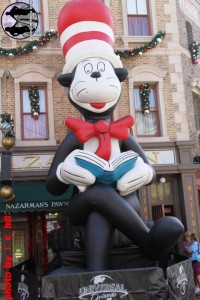 Many of the balloons have gone up already, with many more on the way specifically for the parade. The ones that are out will not be used in the parade, but are still on display for photo opportunities. 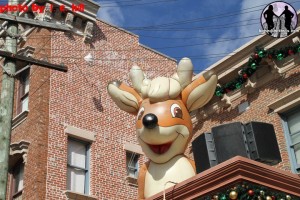 While some balloons are absolutely massive, others are just large enough to make a statement. 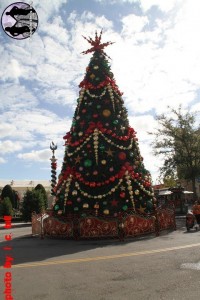 Other decorations around the park include the huge Christmas Tree in the New York area. 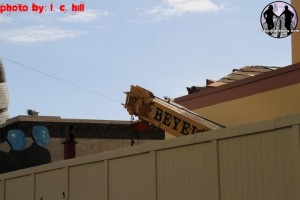 Elsewhere in the park, cranes can be seen behind the walls of Despicable Me, which is replacing Jimmy Neutron for 2012. The crane indicates that more than just a rehab is happening behind the walls.

Meanwhile over at Islands of Adventure, signs of Grinchmas have popped to life! 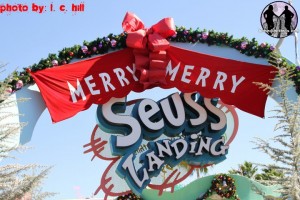 Grinchmas starts this weekend as well and will feature a live telling of Dr. Seuss’s classic story “How the Grinch Stole Christmas” featuring music from Mannheim Steamroller.
Seuss Landing also turns into a singing playing Whoville, as the delightful Who’s and the Grinch come out for a Happy Whobilation! The rest of the park has also gotten a holiday makeover, with the exception of The Wizarding World of Harry Potter. There are no special programs as of yet for the Wizarding World.
All Christmas activities, including Grinchmas and Mannheim Steamroller are free with paid admission into the park.

Finally the Hollywood Drive-In Mini Golf is speeding along with tons of new construction details being added. The Psycho house would most definitely make mother proud, while the three eyed monster is getting a little creepy.

TAG2012 Attractions Christmas 2011
Previous PostEriks Advent Calendar-24 Days til Christmas! Next PostHarry Potter and the army of clones-More Potter coming to other parks?

IAAPA – Latest and Greatest in the Amusement Industry!