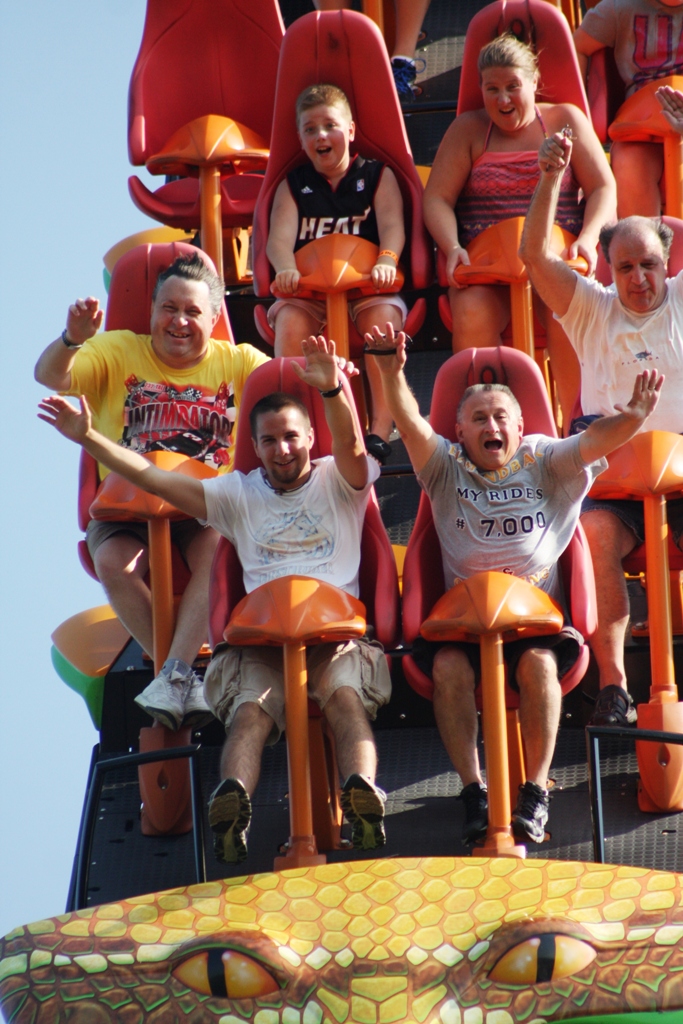 Could you imagine riding a roller coaster 7,000 times? An Ohio man took his 7,000th ride earlier this week on the Diamonadback roller coaster, which opened in 2009 at Kings Island. Gary Coleman (front left, gray shirt) started riding Diamonadback when it opened in 2009 “just for fun”, but it turned into a legitimate passion of his. On July 4, he took his 7,000th ride on the coaster. In a four year period, he has spent more than 350 hours on Diamondback. This season alone, he has visited the park 30 times, accumulating an average of 37 rides per day. His personal single-day high for most rides on Diamondback was 111 rides on June 17th.