Keeper’s Tales:Limited Time Magic-Come on! This is the best you can do?!?

Greetings…You may call me keeper…for I am the keeper of theme park tales. Like all of you I was excited at the prospect of 40-50 new adventures unfolding during Disney’s year of Limited Time Magic when I head the announcement. Sure it seemed like more smoke and mirrors and not a lot of details but the concept sounded encouraging…small promotions, changing frequently, maybe experimenting with new entertainment for us. Well month one is over and to say I’m underwhelmed at WDW offerings vs Disneylands would be an understatement. 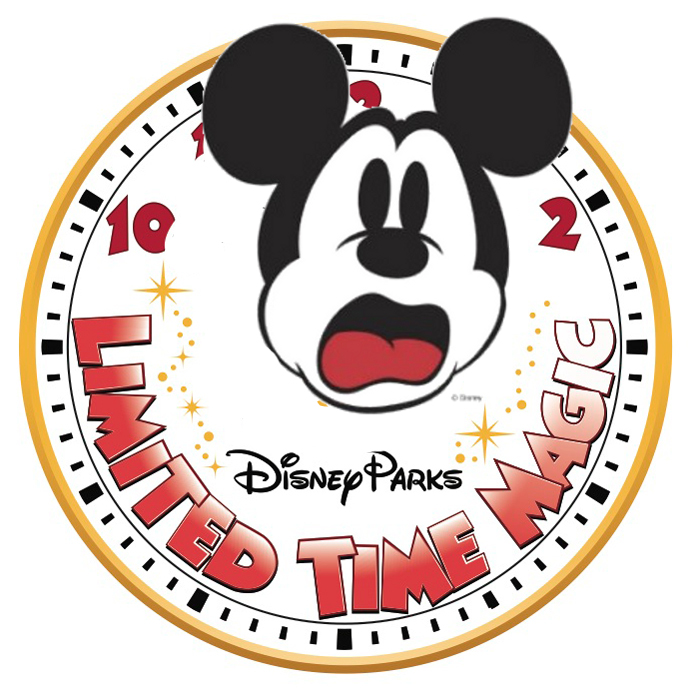 It’s not fair to compare but it’s hard not to when the dual announcements hit. Disneyland –bringing back the Golden Horseshoe and Disney World a character meeting countdown show. Disneyland bringing back the Princess and the Frog celebration and Disneyworld gets…………. fake snow in Canada. And not even snow, just the same old soap they blow through the parks at Christmas! They can’t seriously think these are good ideas can they? Is it once again the case of the California park AP holders not being willing to put up with silly unfleshed out promotions like we seem to be. Even reading the newly announced Valentine promotion it seems that the biggest attraction is buying stuff….romantic dinners, florist, vinylmation, pins, plushes, ears, strip all the sales pitch away and there’s barely anything left to this “magic”.

Are we our own worst enemy here for accepting this? I saw you people line up for the “lost friends”…the lines were longer than I even saw line up for the head cheese himself. For who..Clarabelle, who has been in the Fronterland flash mob for over a year? The Robin Hood characters?? Pinocchio – he was at Germany not too long ago. Even in their press material they brag that the 3 pigs haven’t been seen since 2009 …really? 2009 ? I have expired passes in my wallet older than that. Sorry but that’s not really a long time for a park pushing 40. If they wanted to do something special why not actually do what the promotion suggested …bring back lesser know lost friends that haven’t been seen in ages. There’s no expense more than this lame version as the costumes are already made. We can quibble about specific characters but how about some examples…where’s Dodger, Rattagan, Jim Hawkins, Gurgie, Orange Bird or even Dumbo who came out only for the press last month; or any of the dozens of others. Heck if they wanted to drum up some real excitement they could have web vote offs for which character to bring back. But I’m sure they figure why bother…people lined up for the non-lost friends. I can picture the conversation….
WDW CM1 “All we have to do is say their special and the Florida suckers line up for them, it’s like taking candy from a baby”
WDW CM2 “Yea imagine if we tried this crap in Anaheim, they’d string us up by our nametags!”

Hmmm where have I heard this before?? Almost a year ago…ahh yes a little scam called an Extra Disney Day. California brought back shows, entertainment, and menu items as a treat for their fans. Here what did we get? Merchandise and over an hour wait to get out due to monorails being shut down. They did ABSOLUTELY NOTHING for the guests and got rewarded for it. It’s a shame that the same company can function so differently on two different coasts. No Nightmare before Christmas overlay, no Small World holiday overlay, reduce AP merchandise discount for the most dedicated of fans and now this. As I said maybe we are our own worst enemy, and deserve what we get (and don’t get) because we accept it time and time again. Call me a jaded so-and-so but from where I sit, but despite what everyone else seems to think, the Emperor isn’t wearing any clothes and he looks mighty foolish to me …guess he left all his outfits in his California closet.

TAGKeeper's Tales Limited time magic Walt Disney World
Previous PostHabit Heroes reopens at EPCOT-More politically correct and better than ever Next PostWhat is Tomorrowland-could it be a new Disney Adventure?