Timbuktu has always been a much traveled to destination, bringing in travelers from all over the world, and offering something from the various corners of the known world. Now that heart is changing, and visitors to the heart of Busch Gardens Tampa will be brought to a new land, inspired by the spirit of the animals, as Pantopia will bring all new experiences and the majesty of Falcon’s Fury when it debuts next Spring. 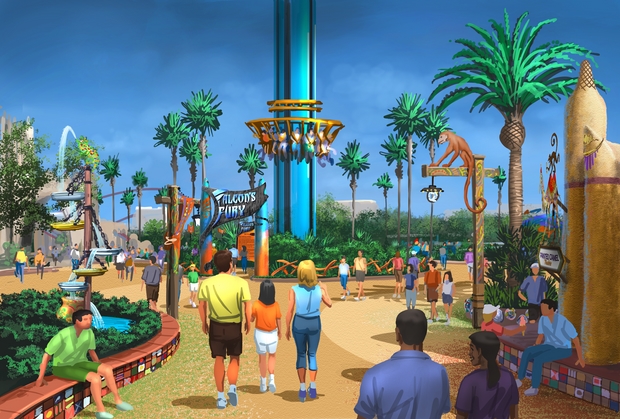 The current area of Timbuktu will be rethemed and feature all new restaurants, a bakery and some other special surprises that the park isn’t ready to share just yet. Elaborately jeweled themes, that celebrate the animals will be one of the many aspects of the new area. The centerpiece of Pantopia will be the all new Falcon’s Fury. The drop tower, which was announced earlier this year, will take riders 335 feet up into the air on the world’s tallest free standing drop tower. Riders will then be pushed into a face down position, right before they are dropped straight down back to earth. 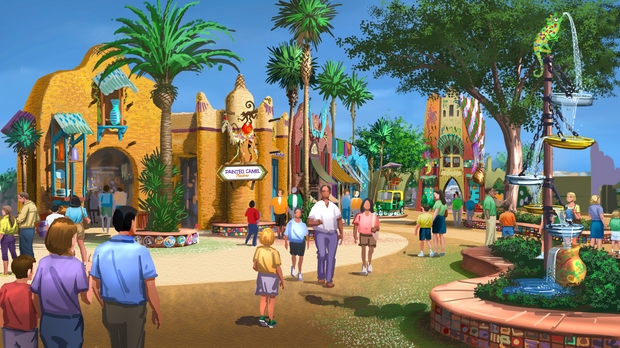 “In addition to the power and allure of Falcon’s Fury™, Pantopia™ will celebrate the spirit of animals, welcome adventurers from the four corners of the earth, explore ancient lore and display fantastic architecture,” says Busch Gardens Park President Jim Dean. “Guests will find multiple portals and doorways and learn about the legends that have drawn journeyers from around the world to Pantopia™. Plus, family favorites like the Scorpion, Phoenix, Bush Flyers, Desert Runners and the Kiddie Train will return.” 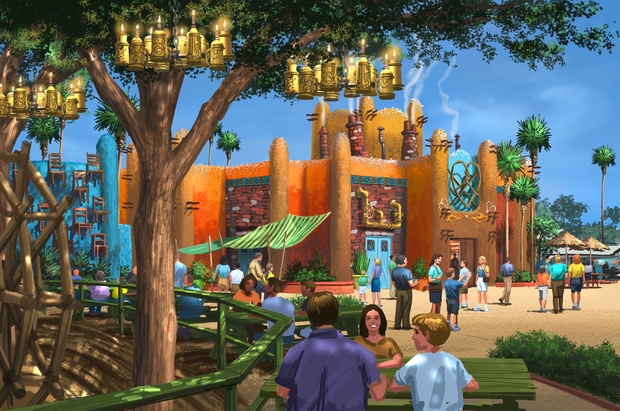 Currently the area features tons of attractions and kids rides. The area also features two coasters, as well as a 4D theater. The plans are to upgrade the theater for a new show, as well as the current main eatery, The Desert Grill, which also houses a show. Scorpion will stay put, but no plans have been mentioned for Sand Serpent, the Wild mouse coaster that was previously Cheetah Chase and was at Busch Gardens Williamsburg before that. Hopefully the little coaster stays put, or moves to another location in the park. It is a smaller family coaster with a small height requirement that is a perfect way to get the little ones ready to ride the bigger coasters. 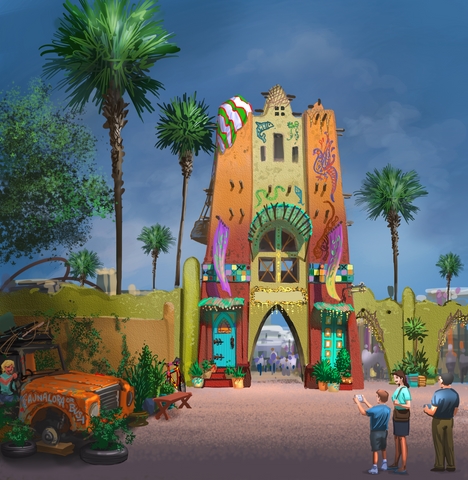 Busch Gardens Tampa’s parent company opened up Antarctica:Empire of the Penguins earlier this year which was an entire land, much like Pantopia will be. While that area centered around an animal attraction, Pantopia will center around a thrill ride. However, Antarctica does featured several themed shops and restaurants, with specialty drinks and food that you can only find in Antarctica. It’s very possible that Pantopia will feature some of the same options, especially an all new drink that you can find only in the area. Antarctica features North Pole Chill. Maybe Pantopia will feature a drink for everyone called “Falcon’s Flight” or an adult beverage like “Scorpion’s Sting”.

Stay tuned as we learn more about Pantopia at Busch Gardens Tampa, and be sure to follow along on Twitter @BehindThrills for the latest updates!