The International Association of Amusement Parks and Attractions (IAAPA) Expo kicked off Tuesday in Orlando in traditional fashion of new innovations and new thrills. Among the many huge announcements that came out of the event yesterday, the biggest-literally was the news of an all new coaster that would break rules, restrictions and records as it takes riders on a unique thrill ride like no other. But where is this monster going to go, and when will it come to be? We take a look in our special IAAPA report. 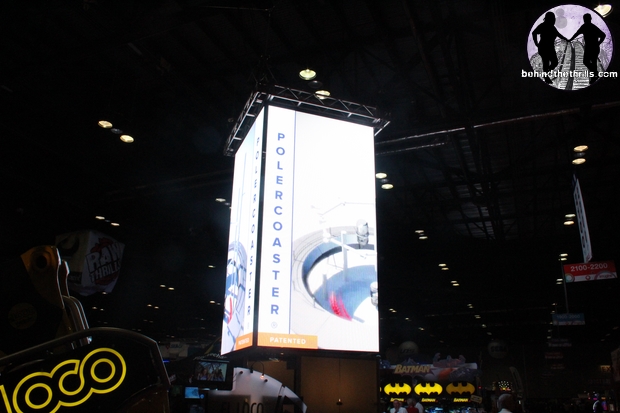 The new coaster will be built by S&S Power and US Thrill Rides in an all new style unseen anywhere in the world. The coaster was first proposed for Las Vegas a few months ago as a 650+ foot coaster. No coaster manufacturer or time frame was given to the project, but the coaster finally has not one but two builders in different cities in the south east.

The coaster is called the Poler Coaster, and will be able to use a relatively small footprint to take riders up to amazing heights before sending them down through a twisting and turning track. The coaster is very unique because it will use minimal space on the ground, opting instead to go up. Last week plans were made for a coaster in Georgia that will be about 350 feet tall, at the Lakepoint Sports Complex north of Atlanta. 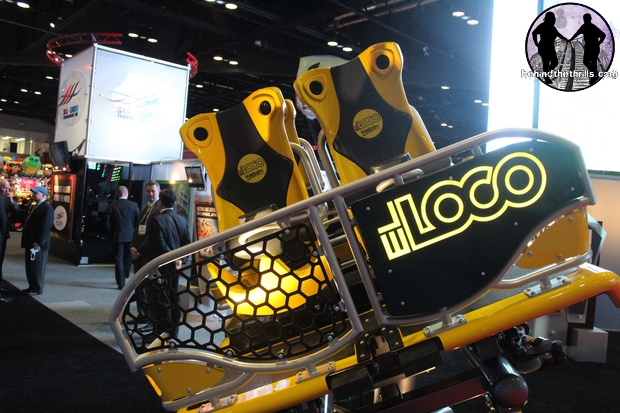 As for the record breaking coaster, riders will travel 520 feet into the air before careening through turns, drops and inversions. In fact, riders will drop into an inversion, flipping riders upside down, as soon as it reaches the top and begins to fall down the track. The coaster will not only break Kingda Ka’s 456 foot record, but will also break the record for the tallest inversion. The coaster will use S&S Power’s existing El Loco trains, which seat two across and will be compact enough. 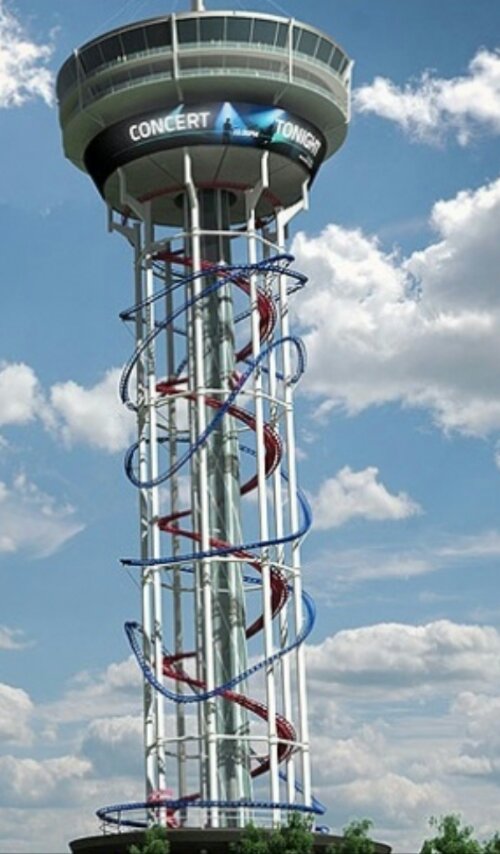 In addition to the coaster, the structure will be able to feature retail space, and a restaurant. Since the construction will utilize vertical construction, it keeps the space needed for the actual coaster at a minimum, allowing for more opportunities to create an entire entertainment complex rather than just a coaster.

While the details on where exactly the coaster will be going, representatives from the company have told us that a Central Florida location is likely, but it will be somewhere in Florida. More details about where the coaster will be should come out in around two weeks. The coaster will break ground in 2014, and has a build time of around 24 months, so riders could be screaming as early as 2016!

Stay tuned for more updates from IAAPA, including more major coaster news! Be sure to stay tuned with us on Twitter @BehindThrills for the latest!