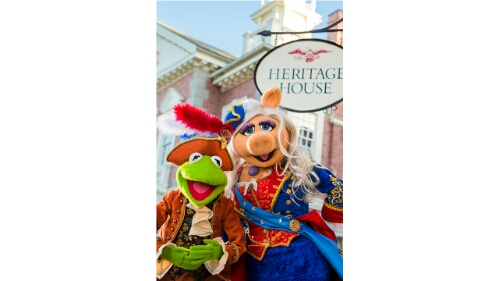 We told you about it a few weeks back, and now it’s been confirmed! The Muppets are heading to an all new show at Magic Kingdom later this year! The all new show,The Muppets Present… Great Moments in American History.”

The all new show will fittingly see Sam the Eagle starring in the new show, which will take place outside of the Hall of Presidents. It sounds fs as if the show will be a smaller one, and will present different moments in American History, from Paul Revere’s Midnight ride and more. The show will open in October, and is a perfect fit for Liberty Square.
The Muppets can already be seen in Muppet Vision 3D at Disney’s Hollywood Studios.

Are you excited for the new show? The park is adding this right on top of Hall of Presidents, which should also be getting some attention next year as the presidential race winds up.