Coca-Cola initially introduced their PlantBottle in 2009 as the first recyclable PET plastic bottle that was partially made from plants. Since it’s introduction, more than 20 billion PlantBottle packages have been distributed across more than 31 countries around the globe. That’s saved more than 450,000 barrels of oil! Coke’s PlantBottle technology switches traditional plastic resins with natural sugars that are found in plants, which means for a smaller carbon footprint with fewer fossil-based ingredients being used in products. 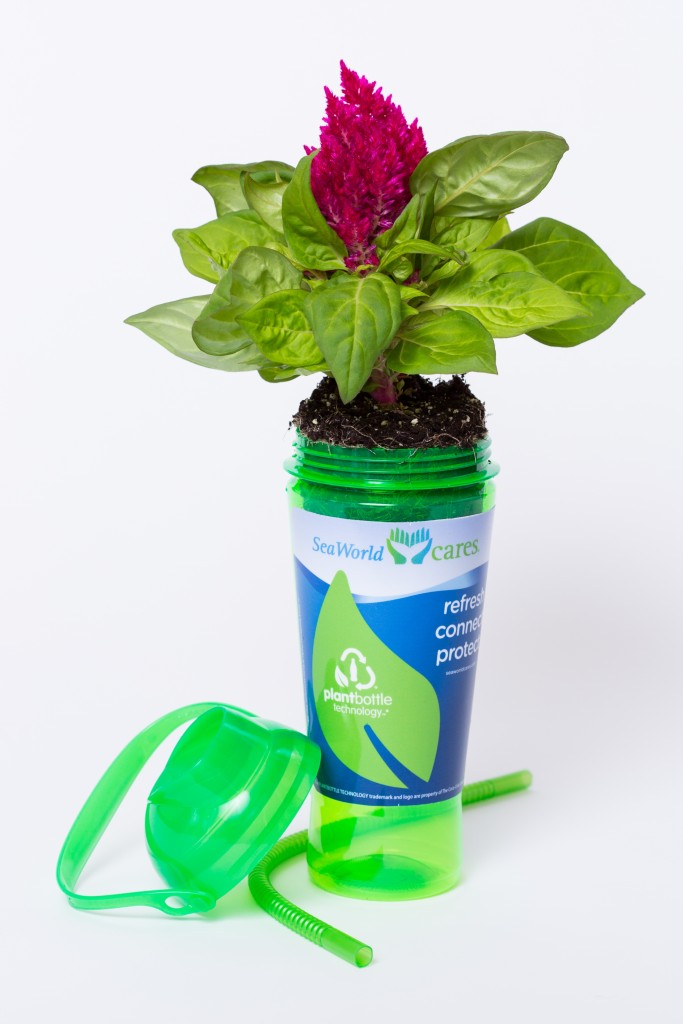 “Working together, our two companies are using our resources and reach to inspire people to make a difference,” said SeaWorld Parks & Entertainment Corporate Vice President of Culinary Operations Andrew Ngo. “Our friends at The Coca-Cola Company share our commitment to conservation, our passion for the planet, and our innovative approach to consumer experiences. Even more important, this appeals to our guests, who expect and reward recycling and sustainability.”

SeaWorld is also paternered with Coca-Cola on two other iniatives that promote conservation and sustanibility. In 2013, SeaWorld introduced “The Cup That Cares“, a refillable souvenir cup that utilizes RFID technology to calculate the amount of carbon guests are keeping out of the air by refilling their cup. Also, SeaWorld serves all their fountain beverages (beverages that aren’t souvenir cups) in paper cups made of 85% renewable resouces. That’s a sizable commitment for the company, as company wide, SeaWorld Parks and Entertainment uses 14.6 million paper cups between their 11 theme parks nation wide.

“Once we fully realized the power of PlantBottle technology, we knew it had real-world, global applications well beyond our own products,” said Scott Vitters, general manager, PlantBottle packaging platform, The Coca-Cola Company.  “This collaboration with SeaWorld demonstrates that PlantBottle technology can be applied anywhere that PET plastic is traditionally used, but with a lighter footprint on the planet.”

TAGBusch Gardens Tampa Coke Products Conservation Deals SeaWorld Orlando Souvenir Cups
Previous PostMan injured on Pirates of the Caribbean-Why you should listen to the ride warnings Next PostKnott's Scary Farm to unveil all on August 6th for 42nd annual Haunt!