Maelstrom at Epcot’s Norway closes to make way for Frozen

You are not the first, nor…ah forget it. Crowds gathered en masse at Epcot’s Norway pavilion to make one final journey on Maelstrom on Sunday before it disappeared (Disappear! Disappear!). For those who loved the ride, it was a sad ending for the Viking voyage that took us through troll country and back…back over the falls! We take one last look, and one last voyage through the Maelstrom and look ahead to Arendelle. 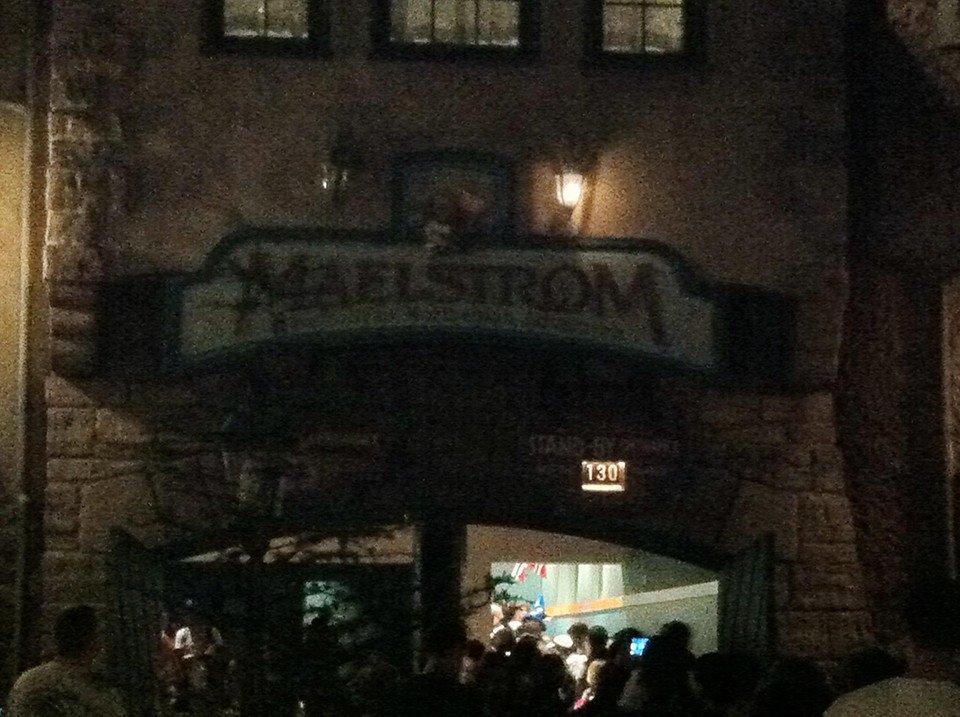 Crowds bombarded the fabled attraction hours before Epcot closed on Sunday to make one final stand. The ride has been a staple at Epcot since July 5th 1988. The Norway Pavilion stands as the newest country in Epcot’s World Showcase, having opened in 1988. The ride itself was filled with Vikings, trolls, and a chance to go over the falls. 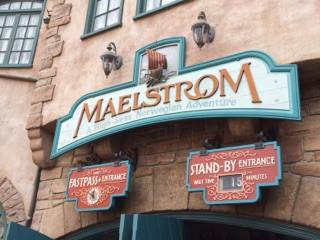 While wait times pushed over two hours on the final day, just days before the attraction barely saw any wait at all. The ride had been in desperate need of a make over, however Disney had been very reluctant to give it one, seeing that the country of Norway had all but abandoned the pavilion. The surrounding shops and restaurants all reflected the architecture and spirit of Norway, with trolls and even a viking museum in the area.

As a kid, Norway was one of my favorites, both scaring and thrilling me. I swear that the boats went further over the falls, almost teetering to the sidewalk below. The trolls were terrifying, though I couldn’t look away. The ride, for me was adventure incarnate. It was a viking voyage. However, when you look back on it, the ride is fairly depressing. The ride would take you from the fantastic age of Vikings, and trolls, then dump you into the modern world where oil rigs took over for penguins.

Video-Take one last voyage on Maelstrom at Walt Disney World

The attraction will get a full make over and take guests to Arendelle, the land of Frozen and have you singing with your favorite characters. Is it Norway? No, but does it really matter at this point? The vikings are all gone, and the way that so many have gone is now shut. Inga träd växer till himmelen-No tree grows through the sky (nothing lasts forever).

The Frozen ride is said to be a complete overhaul of the ride, using the same ride system to create the fictional town. Whether it will take the route of an education tour of Norway, or if Norway will be lost forever remains to be seen. We think, and many others agree, that this area will just be based on the film, sticking out of World Showcase like a sore thumb. Time will just have to tell on this one.

So what do you think? Are you excited about a Frozen ride, or do you wish to travel through Troll country again? Let us know in the comments below!
Update
Disney didn’t waste any time in getting things moving. The boats were spotted going down 528 in Central Florida heading towards the coast. 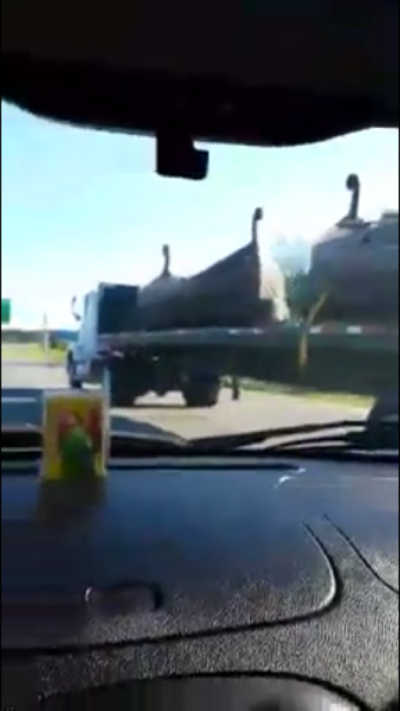 The boats were packed on a truck and heading East. It was our understanding that the boats and ride system were going to be reused for the attraction. It’s possible that they are being taken somewhere for refurbishment, or being used at another park.
Video – The Maelstrom boats go on one last voyage

Stay tuned for more from Epcot, and be sure to get social with us on Facebook and follow along with us on Twitter @BehindThrills for the latest updates!

For more information about Epcot at Walt Disney World, including tickets, visit the official website by clicking here!