The Force Awakens with tons of Star Wars character names!

Try to control yourself, if only just a little. Back during the run of the original trilogy of Star Wars films, Lucasfilm teamed up with Topps to create some really killer looking baseball cards. The cards featured the characters from the film, stats and even a stick of gum. While the cards are no longer available (for now), J.J. Abrams and Lucasfilm sent over an amazing new series of cards to Entertainment Weekly. The cards give great looks at still shots from the teaser trailer, and even more amazing…we know some new character names! 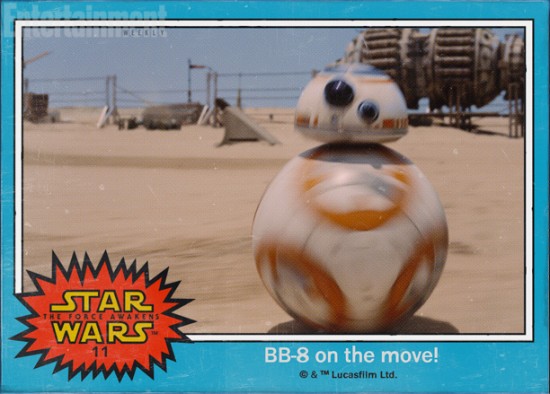 We get some great new names, like BB-8…otherwise known as Ball Droid. Of course, we don’t get any shots of anything but what we’ve already seen, but at least we now know a few names to go along with the faces and…well…beeps. 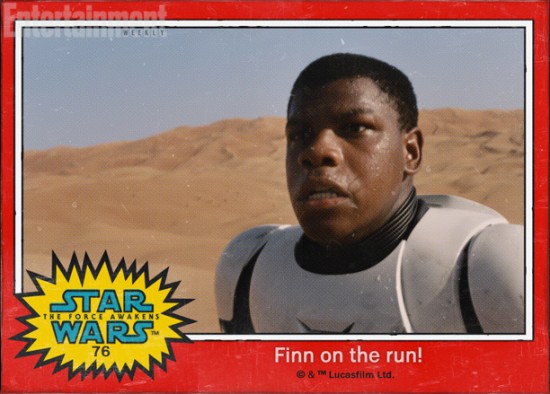 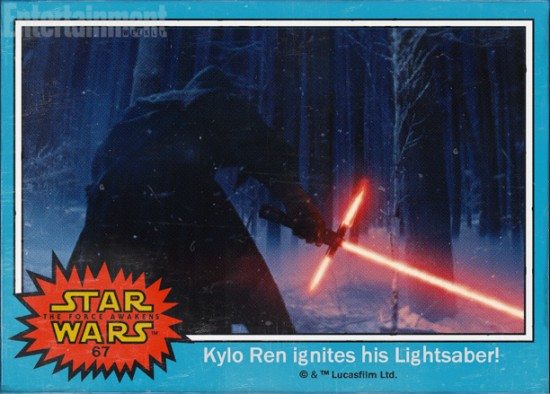 Kylo Ren sounds like an old school Jedi or Sith Lord. There’s no Darth in front of his name, leading us to speculate on exactly what exactly ole Kylo is doing. Could he be an inquisitor, could he be a rogue Jedi…or is he just a bad mofo with a bad mofo lightsaber? Finn is on the run, in another shot. Kind of leads us to believe that Finn isn’t supposed to be in that Stormtrooper outfit. And what is Finn’s last name? 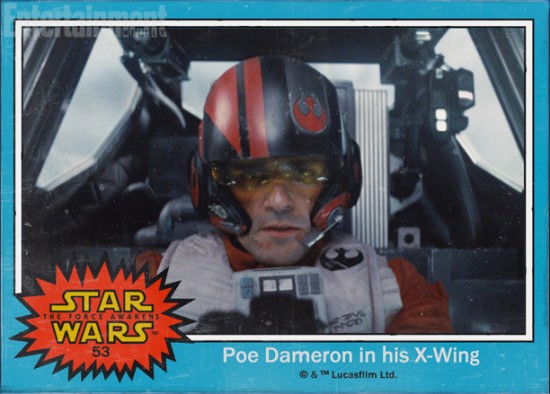 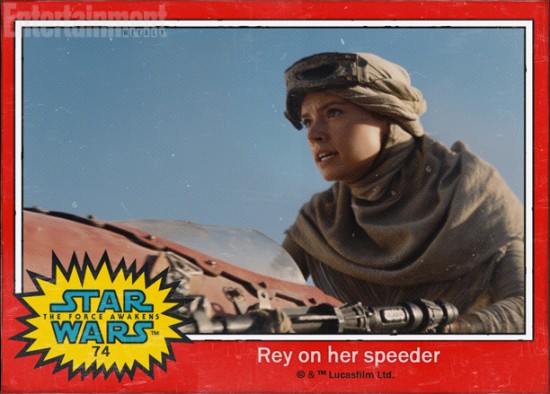 Poe Dameron definitely has that Wedge Antilles feel to it, like old school X-Wing fighters. Rey, on the other hand…looks very familiar. She almost looks like she could be someone’s daughter. The fact we don’t see a last name either…Rey Solo? Rey Skywalker-Solo? Rey The Hutt? Maybe not.

2015 promises to be a huge year not only for the return to the Star Wars universe, but for theme parks as well with Bob Iger making the announcement that we will get Star Wars in Disney park details sometime in 2015, (click here).

The film doesn’t open until December 18th 2015…yes a full year from now. So we’ll have to make due with more teases and a ton more crazy throwbacks to the old trilogy.

In the meantime, you can still check out Star Wars goodness on Star Tours at Disney’s Hollywood Studios in Florida, and Disneyland in California.

Stay tuned for more from Disney and Star Wars! Be sure to get social with us on Facebook, and follow along with us on Twitter @BehindThrills for the latest updates!