2014 goes out with a bang at Walt Disney World, as new Cinderella film is teased

Happy New Year! 2014 was a great year, but 2015 looks to be flat out amazing! The year ended with a bang at Walt Disney World, as their huge Fantasy in the Sky Fireworks helped to blow the old year away, and signal in the new! On top of that, Disney released an all new trailer for the upcoming film, Cinderella. It’s a live action retelling of the most classic Disney tale of all times. 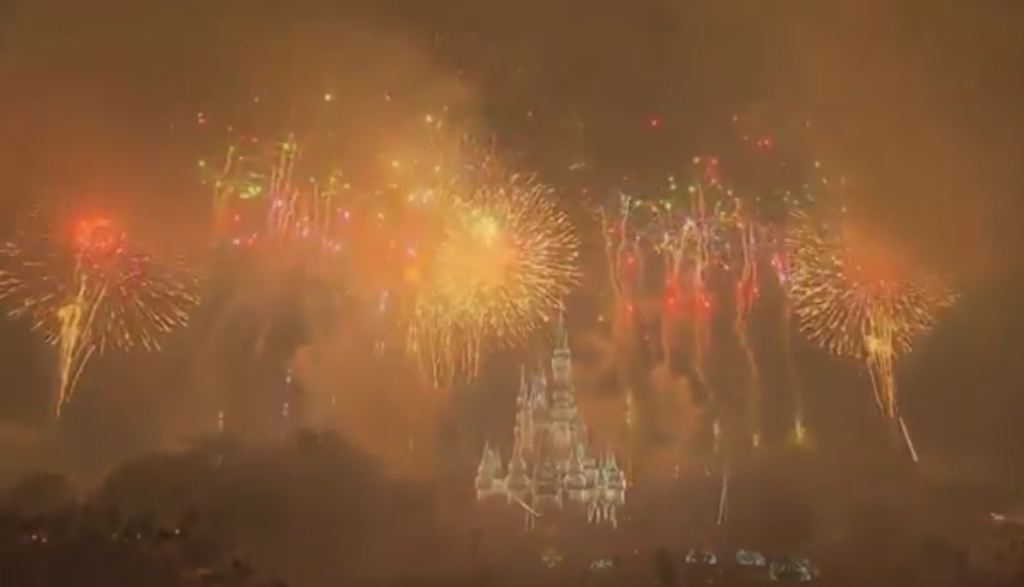 The Fantasy in the Sky fireworks are arguably the most anticipated fireworks show of the year at Walt Disney World. The show is massive and encompasses the entire Magic Kingdom park. This year was no different, as the fireworks started as normal, and went on to countdown the new year.

Video-See the highlights of the last Walt Disney World fireworks show of 2014!

The show is just the start to a huge year at Walt Disney World, which will not only celebrate the “Flip Side” by giving away 31 trips in January, but will also mark the beginning of a huge new renaissance for the entire resort.

Several of the hotels are already undergoing some minor changes, with The Polynesian undergoing a huge renovation.  Downtown Disney will also continue it’s huge metamorphosis into Disney Springs, and we should start to hear what exactly is going on with Disney’s Hollywood Studios.

On top of all that, the all new film, Cinderella is shaping up to be one of the most talked about films of 2015, and could see some changes happen within the park, if the film is successful.

TAGFantasy in the Sky Fireworks Magic Kingdom New Year's Eve 2014 Walt Disney World
Previous PostWoman hit by bullet at Busch Gardens Tampa as 2015 falls in Next PostWalt Disney World to show guests the "Flip Side" in 2015, with a chance to stay in Cinderella Castle