In late 2015, guests at Walt Disney World’s Magic Kingdom can dine like an adventurer when the all new Jungle Navigation Co., Ltd. Skipper Canteen opens in Magic Kingdom’s Adventureland. The new restaurant has been rumored for quite some time, but has now been confirmed by the Disney Parks Blog. 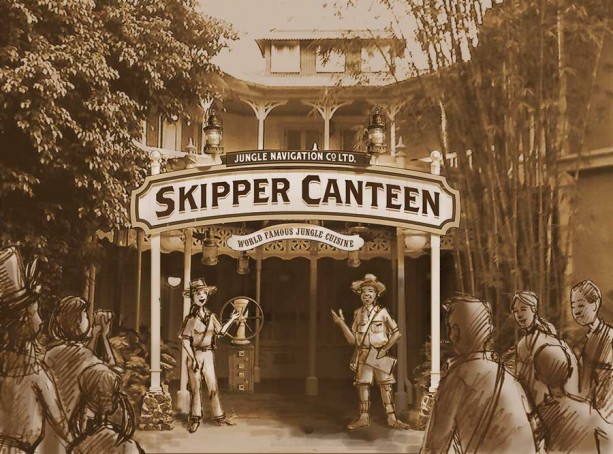 Rumors have the story of the new restaurant as the place where Skippers work after their cruise shifts. There are also rumors of several interactive elements in the restaurant, as well as a hodge podge of memorabilia from all around the world.

The new restaurant is expected to open sometime before the busy Christmas Season.