Monday afternoon, a small fire broke out at the Festival of the Lion King show at Disney’s Animal Kingdom. The fire started with the elephant used for the show, and caused a lot of smoke in the building. As of right now, there have been no injuries reported. 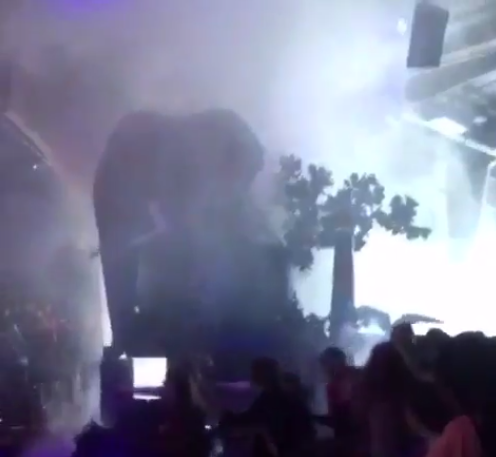 Twitter users @TheDisneyTeenss were at the show when the elephant float used for the show stopped and caught on fire.

The grainy video shows the elephant smoking, and performers clearing the theater, as guests are being evacuated. There were no reports of injuries, and everyone seemed to leave the theater rather unpanicked. The fire department was called, but the fire had been extinguished before fire crews arrived.

This is the first time in recent memory that a fire has broken out inside a theater, in that close a proximity to guests. If the Lion King Show continues today, and throughout the week, it will most likely do so without that particular float. The show uses performers, puppets and the floats to bring the story of the Lion King to life.