Disneyland Paris is already nearing its big 25th Anniversary. It felt like yesterday we were ushering the 15th, then the 20th Anniversary. Now it looks like Disney has a lot planned for the park (mostly involving Star Wars), so our Parisians readers will certainly have a lot to look forward to next year. 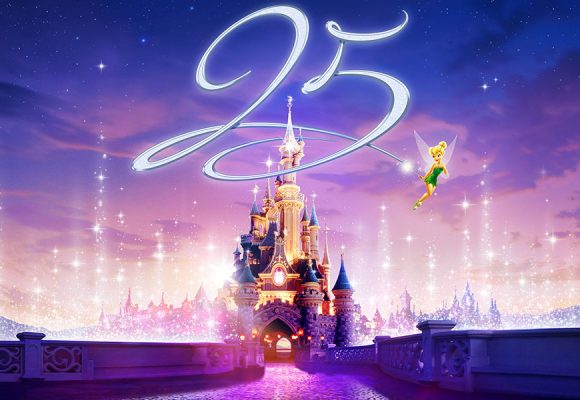 Starting March 26th, 2017, the nights will be brighter than ever as Disneyland Park will be getting a brand new parade and night time spectacular following the massive success of Disney Dreams. The new parade will be titled “Disney Parade Stars” and feature a large array of custom built, one of a kind floats brand new to Disneyland Paris, not much is known beyond that but we can expect to certainly see Star Wars, and Frozen as major tentpole floats during the parade.

The new night time show will be titled “Disney Illuminations”, (not to be confused with Illuminations: Reflections of Earth, at Epcot), this new show will follow the formula of show created for Disney Dreams, with lots of fountains, water screens, castle projections, fireworks and much more. 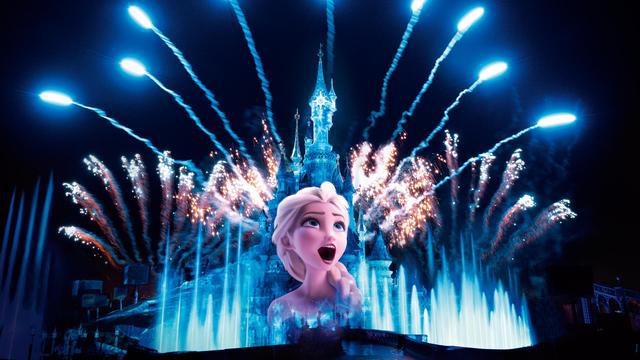 In addition to Frozen, seen in the concept art, you will meet Mickey who masterfully conducts the show through a series of moments found in Disney animated classics. You’ll be The Little Mermaid, Beauty and the Beast, Star Wars and the Pirates of the Caribbean during this show.

During the day time, in front of Sleeping Beauty Castle you’ll get to see all of your favorite Disney princesses during the new show “Happy Birth Disneyland Paris” and the The Starlit Princess Waltz shows that happen at the Castle Stage.

Over in Discoveryland (the Parisian version of Tomorrowland) you’ll find a ton of brand new Star Wars themed offerings.

For the first time, fans in Paris will be able to finally experience Star Tours: The Adventure Continues which fans in the US have been enjoying since 2011, and later opened in Tokyo in 2014. This will be the updated version of the attraction and feature destinations and characters seen in The Force Awakens in 3D. 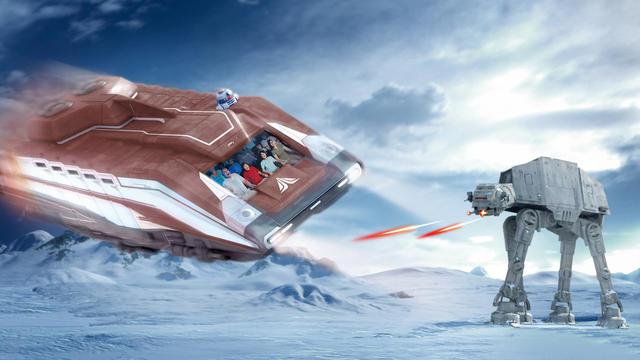 If that’s not enough for you the ultra-popular HyperSpace Mountain overlay to Space Mountain which debuted in Disneyland (CA) last year will be making it’s debut in Paris as well. This will likely be a very different version as the French and California versions of Space Mountain are very different. In France the ride starts with a high speed up hill launch and features numerous inversions (could this be a test for HyperSpace Mountain to overlay RnRC at DHS?) In this attraction you enter an extreme battle between the Rebels and the First Order high above the planet of Jakku. 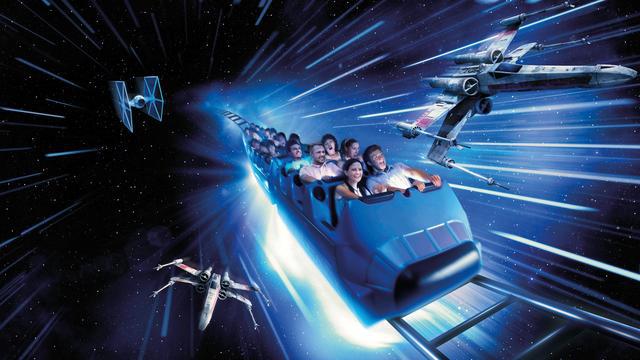 Check out Disneyland’s Hyperspace Mountain below!

Wrapping the Star Wars additions up in a nice galaxy-sized bow will be the debut of “Season of the Force” the popular Star Wars-centric celebration that currently takes place in the US parks. You can expect tons of merch, themed food items, specialty cups and much more.

That does it for this brand new look at Disneyland Paris’s upcoming 25th Anniversary Celebration! Are you looking forward to celebrating the quarter century anniversary in Paris? Let us know in the comments below. The big anniversary celebration begins March 26, 2017.

Stay Tuned for more from Disney, and be sure to get social with us on Facebook and follow along with us on Twitter @BehindThrills for the latest updates!