Summer Nights kicks off at Seaworld Orlando on June 18th 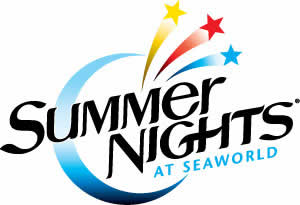 Summer Nights (formerly AfterDark) kicks off this weekend at Seaworld Orlando. From June 18th until August 14th, guests will be able to experience fantastic Seaworld shows, thrilling coasters after the sun sets, and nightly fireworks to wrap up a great summer night at Seaworld. 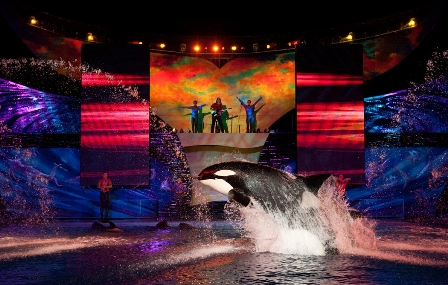 Returning this year is Seaworld’s popular whale show, Shamu Rocks. Shamu Rocks is a high energy rock-n-roll themed whale show. The show will take things to a different level this year as it will incorporate the fountains used in Seaworld’s brand new whale show, One Ocean.

Clyde and Seamore are also back this summer in Sealions Tonite. Like the normal Clyde and Seamore show, it will bring you and your family lots of laughs. This year will feature a brand new spoof of the One Ocean show, which replaced the previous spoof of Believe – “Relieve”.

New this year at Summer Nights is Summer Nights Central, which will be located along the Bayside pathway that will include DJ stations and live bands each weekend. This area will also offer a ton of snacks and beer for guests. 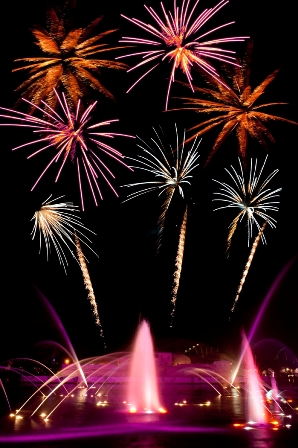 And to wrap up a fun summer day with all this summer fun is Reflections, Seaworld’s Firework and Fountain show. This year will feature part of the One Ocean soundtrack during the show where Fireworks will light the sky above Seaworld and fountains will dance below.

Seaworld will be open until 10pm nightly through August 14th.

Seaworld Orlando is also offering a Summer Nights VIP seven hour tour that will give you the chance to feed dolphin, get front of the line access to several rides, and reserved seating at some of Seaworld’s Summer Night shows.

For more information about Summer Nights at Seaworld, visit seaworldorlando.com.