Hades 360; The World’s 1st Upside Down Wood Coaster…Or is it?

Mt Olympus Water & Theme Park, Wisconsin Dells, Wisconsin, is modifying Hades, its partly-underground wooden rollercoaster. Hades was Originally built in 2005, but in 2013 it will transform to become the world’s first all-wood rollercoaster with an upside down barrel roll! You may be thinking… I’ve already seen wooden coaster loops such as Son of Beast or Outlaw Run. While true, but S.O.B had a steel loop structure and Outlaw Run has steel track toppers. The critics might argue, but the fact is, Hades 360 will be the world’s 1st ALL WOOD upside down coaster! Either way this is impressive!

Hades 360, the new-look coaster will feature both a 360° upside down barrel roll and a 110 degree over-banked turn. To perform these elements, state-of-the-art Timberliner trains from The Gravity Group will be added to the ride. The Gravity Group is also doing the engineering. Utilizing this state-of-the-art train, Hades 360 will also be the world’s longest underground rollercoaster.  Hades 360 will be the first to deliver an awe-inspiring wooden coaster thrill all while in the vast world of Mt. Olympus Water & Theme Park. Construction will be carried out in-house by Mt Olympus.

The Laskaris family (owners of Mt. Olympus) join members of the Gravity Group behind the new nose cone for Hades 360 at IAAPA 2012. 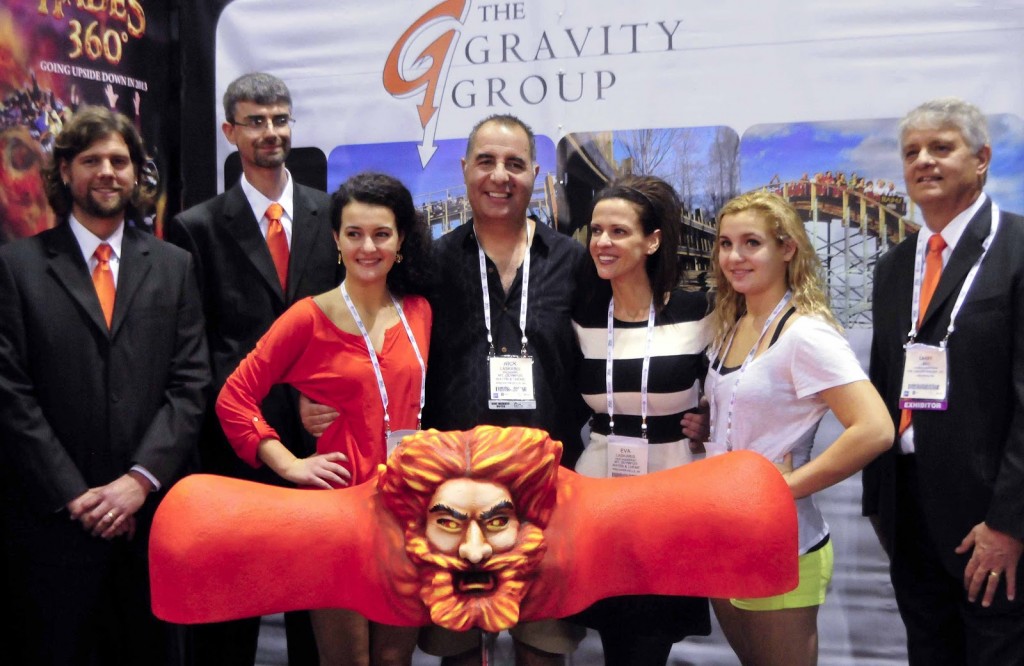 Construction is moving along quite quickly on this project. Below are a couple of photos showing off the progress on this masterpiece coutesy of Mt. olympus. 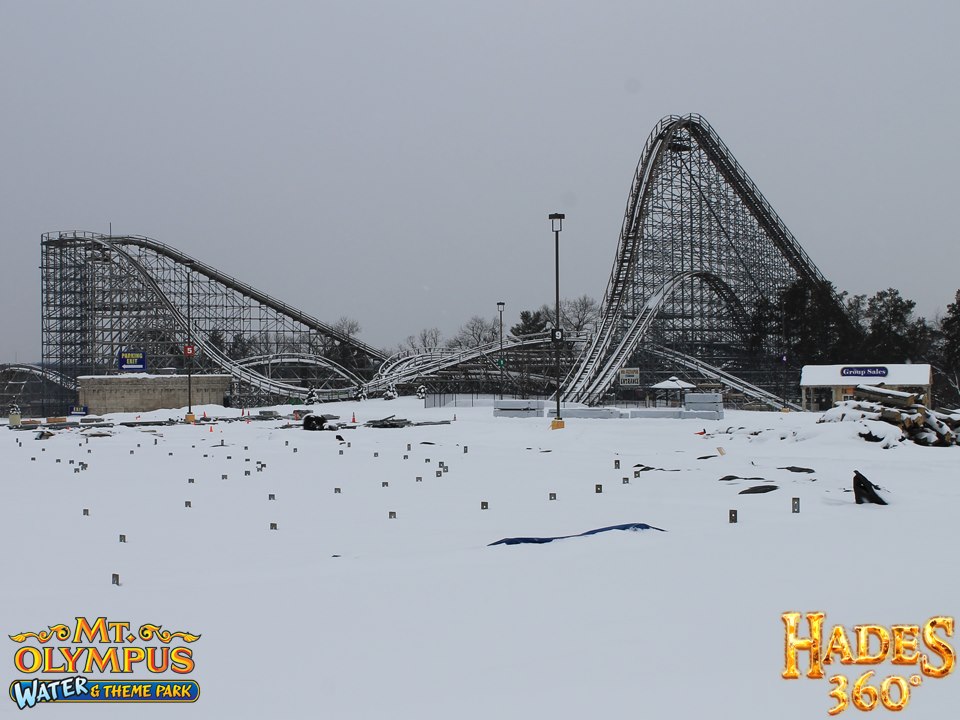 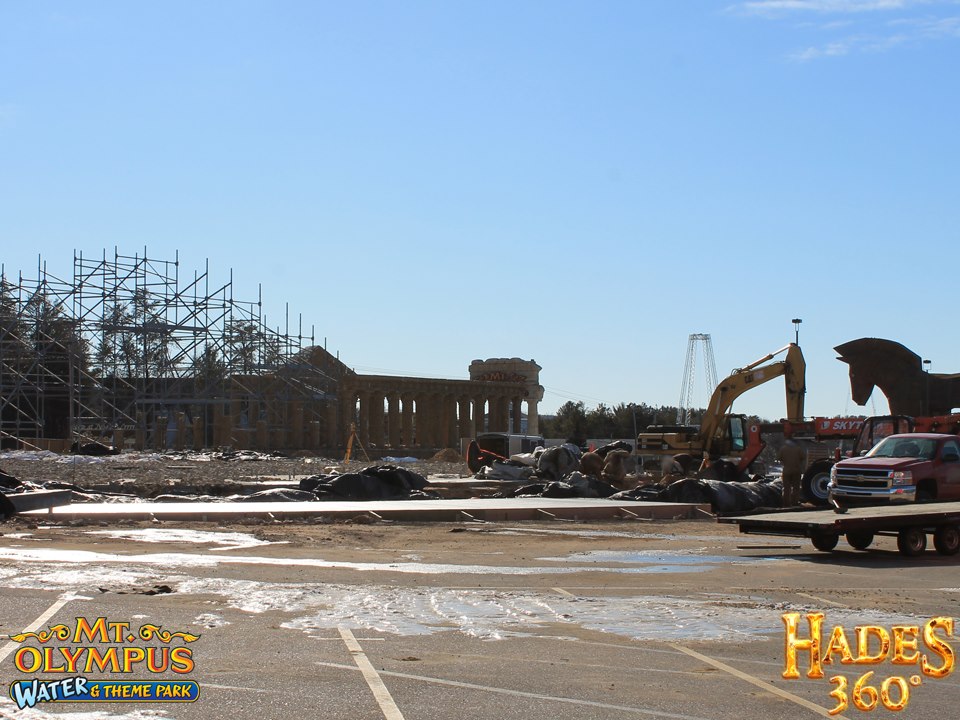 And a video showing off the new ride!

Do you think Hades 360 should be able to claim the title “World’s 1st wood coaster with inversions”? or do you think S.O.B. deserves it? Or does Outlaw Run deserve the title even though it has steel track toppers? Let us know in the comments below or via our socials!