We love Disney’s Tsum Tsum, and because of the huge success that is Star Wars: The Force Awakens, soon you will too! Don’t try to resist the power of the cute side, give into your feelings! 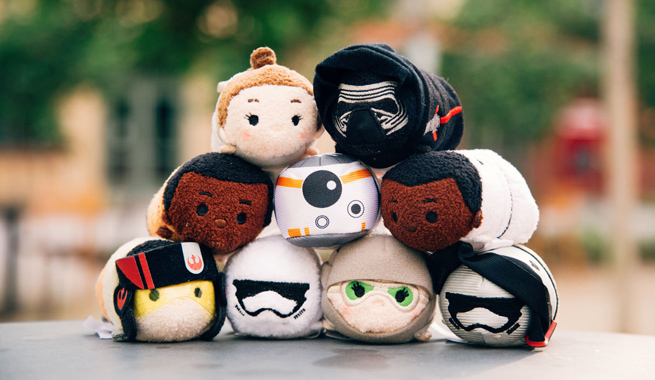 According to Disney Consumer Products, a series of new Tsum Tsum based on the Force Awakens will be available in Japan on Star Wars Day, May the 4th. They will be available everywhere else, including the US and Europe on June 21st. No word on exactly where they’ll be sold, but more than likely you’ll be able to find them everywhere, including in Disney parks.

BB8, Rey, Fin, Poe and the First Order will all be available. There are already a ton of other Star Wars Tsum Tsum available, including characters from the original trilogy, as well as the prequels.